Itumeleng Khune has joined the Bafana Bafana camp and is doing training on the side of the pitch. 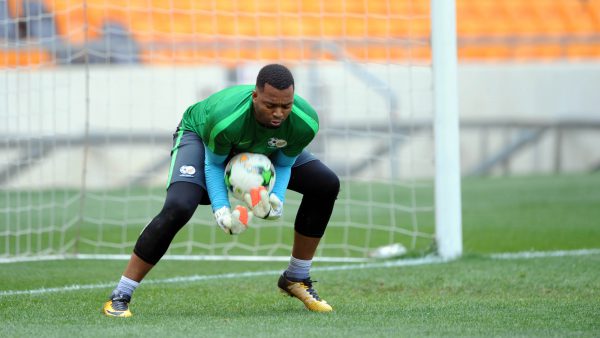 There’s no indication yet if the Bafana goalkeeper, who was injured during Kaizer Chiefs’ match against Chippa United, will be fit to play in Friday’s World Cup qualifier against Senegal in Polokwane.

Earlier, coach Stuart Baxter confirmed that Khune had asked for the technical team to organise a mask for him.

Bafana fans were pleased to see him training and hope that he is declared fit in time for the Senegal clash.