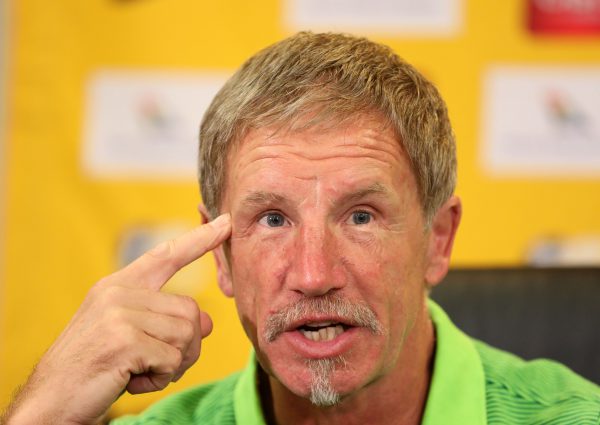 With South Africa’s hopes of reaching the 2018 World Cup ended after they lost 2-0 to Senegal on Friday night, Baxter is under pressure with many believing he should be sacked for failing to achieve his mandate.

Baxter, however, says his mandate was not to qualify for the World Cup.

“My mandate was never about ‘qualify for the world cup or you go home’, I wanna make sure that we’re making progress. I’ve seen some of the performances that we need to move more quickly. We need to make progress. We need to have everyone’s backing in the country, including Safa and that’s the only way we’ll get better,” Baxter told SuperSport TV after the game.

“Maybe I’m blue-eyed but I don’t think this team [Senegal] or Nigeria are better than us. They may have the big names but with the right sort of application we can certainly move forward.”

Bafana will face Senegal again on Tuesday and Baxter says he’ll give other players a chance to play in this game as it is a ‘dead-rubber’.

“I may give a chance to a few lads who work very hard and haven’t had a game [time]. It’s a dead-rubber. It’s about pride for the shirt and pride for the results of the country. So we will go and do the best we can,” Baxter commented.