Chiefs youngster ready to soak up the pressure

The old adage says "dynamite comes in small packages" and Kaizer Chiefs youngster Nkosingiphile Ngcobo is certainly a player ready to explode in the Absa Premiership. 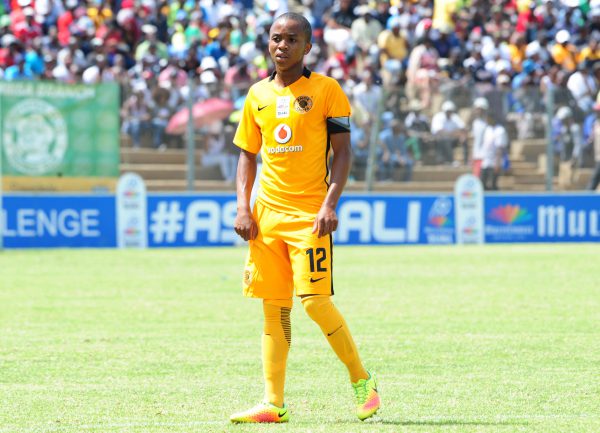 The talented midfielder was promoted to the Amakhosi senior team in August along with Bruce Bvuma, Wiseman Meyiwa and Siyabonga Ngezana as the next generation of Kaizer Chiefs talent.

The soft-spoken midfielder is captain of the Chiefs MultiChoice Diski Challenge (MDC) team and says getting into the first team so quickly is something he did not expect to happen so soon.
He however feels very honoured and proud to have finally reached his long-term goal which started only as a dream.

“It was unexpected,” Ngcobo said of his recognition. “I didn’t know how to feel or react to the situation when I first heard the news. I just thought to myself this is what I have been working hard for since I started playing football and I should use this opportunity very wisely.

“It is certainly a dream come true for any player to be part of the Chiefs family, this is a very big club with a rich history. I believe every youngster dreams of playing for this club one day, I am proud and looking forward to a great future here.”

Since his elevation, the teenager is yet to make his official playing debut for the club. But has been getting much game time playing in the MDC, which he says is very competitive and has helped him to be ready to be called up to play in the senior team.

With Meyiwa, Bvuma and Ngezana having already made appearances in the senior team, Ngcobo says he has taken that as a motivation and inspiration for himself to believe his chance will come soon.

“I am happy for them. What they have done has in some way inspired me to push hard so that I also make a good impact when my time comes,” he added.

“I don’t think it was easy for them, but they have quality and good players around them. I am certain the senior players guided them very well, hence they made it look simple and they are now used to playing in the top league.”

The midfield maestro believes the club is capable of getting something this season, with the Nedbank Cup still to come and the race for the league title wide open.

“I grew up knowing the club is known for winning trophies every season. It’s unfortunate that the last two years have not been going well. But, again, such things happen in football and it doesn’t necessarily change the fact that Chiefs are a big club with a huge cup pedigree.”

“Yes, playing here comes with a lot of pressure because of there are so many expectations. But I don’t see it as pressure, it’s part of the job, we youngsters have to continue with the legacy of lifting trophies season by season.”

The Chiefs midfielder was recently in camp with Thabo Senong’s Amajita squad, preparing for the upcoming Under-20 Cosafa Youth Championships starting next month in Zambia.

Amajita played an international friendly match against Lesotho as part of their preparations for the competition, beating the junior Likuena 5-0 in Maputsoe on Sunday.

Ahead of the competition, Ngcobo is eager to make a huge impression and wants to help the national Under-20 team lift the cup after losing the final to Zambia last year in the North West.

READ: Teams catching up with Chiefs and Pirates – Stiga