Orlando Pirates legend Jerry Sikhosana believes the current side don't need new players to come in as they bid to bring back the glory days. 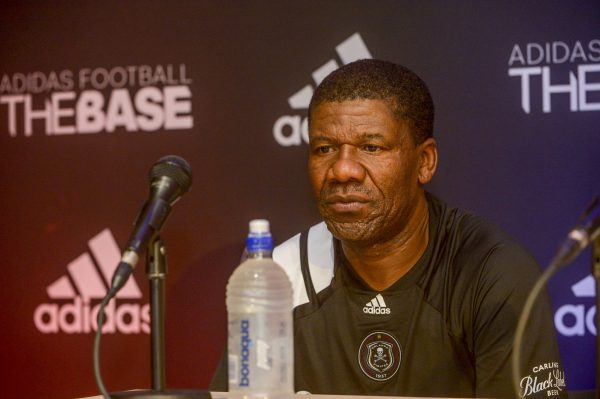 The former Pirates striker is, however, unhappy with the club’s recent form, despite Micho Sredojevic’s team managing to jump from position eight on the log to occupying second spot after their 1-0 win over Bloemfontein Celtic in their last game.

“It is not about going into the market, it is all about getting into the players’ heads and let them know the supporters are not happy,” said Sikhosana.

“Pirates have players who can do the job. They just need to wake up and realise there are many people out there who look up to them.”

A lethal goal-poacher in his playing days, Sikhosana pointed a finger at current strikers for failing to score goals and went on to add that football here has changed and that South Africans have adopted a European culture.

“The game has changed and we have adopted a lot of European culture in terms of how we do things. The training is also minimised, sometimes you look at the training and you ask yourself how they are going to fare in the game if they just train for an hour and there is no running,” he continued.

“The running part of it is what makes me sick, there is a lot of laziness in the players. They want to run when the ball is at their feet, there are no off-the-ball runs. That is what we used to do.”

The Buccaneers have been on a quest to try and redeem themselves for the last two seasons after failing to lift any silverware. Pirates have already lost out on the Telkom Knockout Cup this season after losing 4-2 on penalties against Polokwane City in the quarterfinals following a 2-2 draw after extra-time.

The TKO was the first tournament they played this campaign, having not been part of the MTN8 after failing to finish inside the top half of the table the previous term. Only the league title and the Nedbank Cup are still in reach for Pirates this season.

ALSO READ: Teams catching up with Chiefs and Pirates – Stiga