Chiefs legend set on bringing through next generations of stars

Former Mbabane Highlanders and Kaizer Chiefs midfielder Abel Shongwe is devoted to paving the way for the next generation of stars. 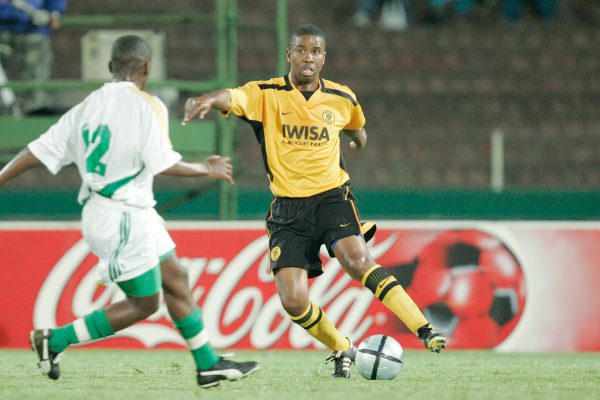 He is still pulling the strings as a players’ manager and is the head of a football academy.

“I am not an agent, I am a man who spots talent because I know footballers. Whenever I see a player I take him to a club and represent that player to that team. For me it is not about getting money at the end of the day, even if the player is signed and I don’t get money I am happy to have helped,” said Shongwe.

The 51-year-old played for Kaizer Chiefs when he first came to South Africa from Swaziland’s Highlanders before playing for Dynamos, Moroka Swallows and AmaZulu in the late 80s and 90s.

He believes the current generation need to show commitment and respect to their clubs and the game. Shongwe stressed the importance of working to improve their game and learning from each other as professionals playing in the same league.

Like many retired footballers, Shongwe is worried by the state of football in South Africa and the dwindling attendances.

“I don’t want to be political about this, but we used to play football for little money. Today’s players forget about watching other players or European football to see where they are lacking personally, they are not taking this game seriously.

“We used to get fined for missing training and you knew that was part of being disciplined. Now you know you will get your money come month-end. I used to look up to Scara Thindwa, I listened to Ace Ntsoelengoe and playing with them was an honour.”

Shongwe says the Swazi MTN Premier League has caught up with the Absa Premiership and local teams should look to sign players from Swaziland to strengthen their squads.

Chiefs hold a special place in Shongwe’s heart, calling Kaizer Motaung his father. In his role as a football representative he has helped Punch Masenamela, Tinashe Nengomasha, Onismor Bhasera and Levy Mokgothu.

The former Golden Arrows man represents Mohammed Anas of Free State Stars and is looking to bring some players from Swaziland to South Africa.

The Mbabane-born former star says South African players should consider moving to Europe but quickly stated that it might not be beneficial financially as a player of Itumeleng Khune’s quality would earn the same salary in Gauteng that he could in Europe.

Outside of football, Shongwe spends time with his family and tries to help other retired footballers to get a foot in the door through tournaments and football-related campaigns in the provinces around the country.

Shongwe is happy to be back at school and studying a management course at Damelin at his age – he hopes this will inspire the youngsters that he and Cyril Nzama are mentoring in Rockville, Soweto.