After helping Amajita to clinch the Cosafa Youth Challenge, striker Lyle Foster says he will now put his focus on fighting for a starting berth at the Buccaneers. 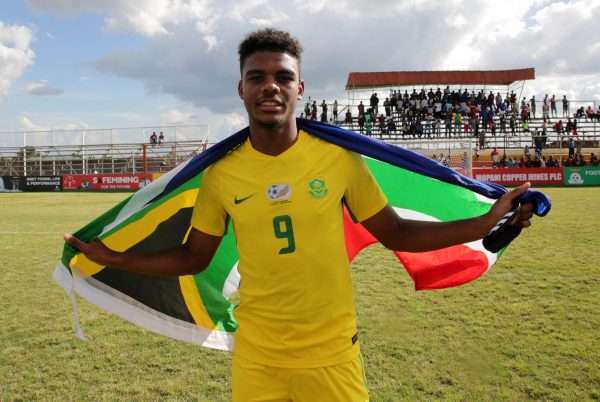 The 18-year old striker scored the first goal in SA Under-20’s 2-1 victory over Lesotho as they won their sixth Cosafa Cup title.

“It’s always good to represent your country and to do well, so I’m very proud of the team and my contribution towards that. However, the Amajita chapter is now behind me. My immediate focus is to get back to training with my club where I can compete for my place in the team. Obviously, it won’t be easy as we have a lot of quality players but I am ready for the challenge and looking forward to fight for my place,” Foster was quoted on the Bucs website.

Foster has made four appearances for Bucs this season, but is yet to open his goalscoring account for the club with only one assist to his name since he was promoted to the senior team in September.

Following a promising display for Amajita at the Cosafa Cup after scoring three goals, young Foster will be hoping to get game time, especially since the club is struggling upfront.