With four provincial derbies this weekend, the National First Division is set to produce some fiery moments as the final lap begins. 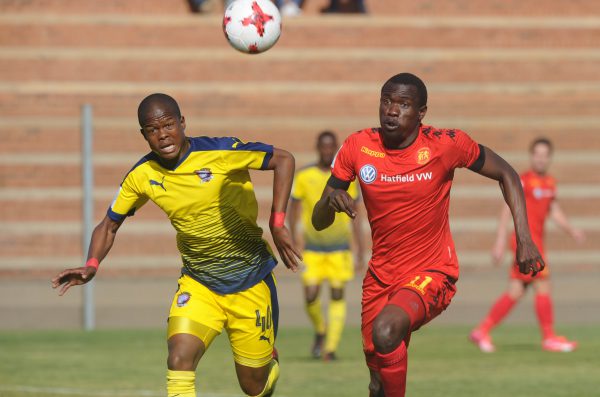 While others are fighting to save their lives, others will be pushing for at least a spot in the promotion play-offs at the end of the season.

In one of the derbies, relegation threatened and bottom placed Ubuntu Cape Town meet neighbours Stellenbosch FC in what Franklyn Cale has dubbed an important match.

“I think we are capable of taking the team out of its current situation. We got ourselves there and no one but us can amend that. We will continue working hard and we are not far from causing upsets,” said Cale.

Black Leopards vs Mbombela United, at Thohoyandou Stadium, 3.30pm
Lidoda Dvha will hope to continue their good run when they host an unpredictable Tingwenyama. It is just goal difference that separates the two sides on the log and whoever wins could jump as far as fourth place depending on other results.

Mthatha Bucks vs University of Pretoria, at Mthatha Stadium, 3.30pm
Buoyed by a 1-0 win over Ezenkosi last weekend, AmaTuks will be looking for a repeat performance when they visit embattled Mthatha side. Amathol’amnyama however could also build on their stellar performance against Premiership side AmaZulu who they took to the penalty shootouts in the Nedbank Cup last week.

Real Kings vs Richards Bay, at King Zwelithini Stadium, 3.30pm
The Magic Boys want to get back to winning ways after suffering a bad defeat to Witbank Spurs in their last match while the Rich Boys are desperate to move away from the relegation zone. This makes for an entertaining KwaZulu-Natal derby match. Simo Dladla’s side are trailing log leaders Highlands Park by nine points while Jean Luscuito’s are just four above bottom placed Ubuntu.

Royal Eagles vs Uthongathi, at Sugar Ray Xulu Stadium, 3.30pm
Another of the derbies but this was has a twist in that both are desperate to move away from the relegation zone. Just two points separates Eagles who are in 14th place from the Cane Cutters who are 11th. A win for either side will bring some relief.

Super Eagles vs Witbank Spurs, at Goble Park Stadium, 3.30pm
Siyavutha will be looking to build from their last match where they beat an in-form Real Kings when they meet the Nest Boys. Eagles in the relegation zone and will want to move out while Spurs can get back into the title chase with a win here.

Jomo Cosmos vs Highlands Park, at Vosloorus Stadium, 3.30pm
Can struggling Ezenkosi be the first team to beat high flying Lions of the North since Owen Da Gama took over? This will be answered on Sunday but based on recent form, Ezenkosi are in for a hard afternoon in this Gauteng derby. Highlands are enjoying a healthy eight point lead at the top while Ezenkosi will look to get back into the title chase again following a string of poor results in recent weeks.

Stellenbosch vs Ubuntu CT, at Parow Park Stadium, 3.30pm
Another derby where the teams are desperate for points – but for contrasting reasons. Stellenbosch will look to get back itno contention for promotion while Ubuntu are desperate to avoid relegation.