I never got yellow cards in Zimbabwe – Hadebe

Kaizer Chiefs defender Teenage Hadebe has revealed that the tempo of the game in South Africa is so high that he has had to be known as a bad boy for some late tackles – but he is adjusting just fine. 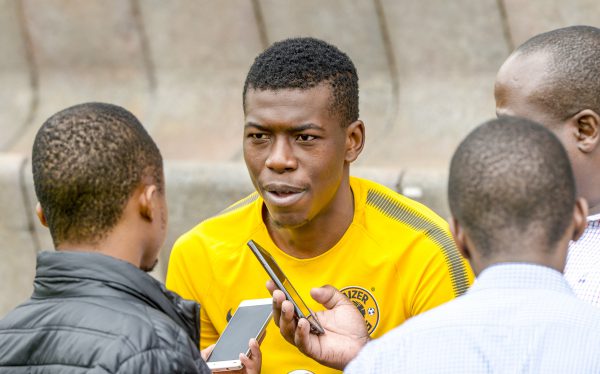 Hadebe said while he played for Chicken Inn in Zimbabwe, he never got booked as he was one of the cleanest players around.

“The standard here is very different from Zimbabwe,” he said. “The tempo is faster here. Back home I didn’t get yellow cards but here it’s a different story because the players are quicker,” said the 22-year-old.

Hadebe has grown into a regular at Amakhosi, sending experienced campaigner Erick Mathoho to the bench but it was never an easy road for the youngster after he suffering a lengthy injury before even kicking a ball in an official match.

“It was a difficult time for me. Getting back to full fitness was always going to be a challenge but I managed and am happy,” he said.

On top of the injury, Hadebe had to prove his worth amid growing scepticism over Zimbabwean players at Amakhosi.

Hadebe admitted that the negative talk did add pressure.

“Yes I felt the pressure,” he said. “It was on because the fans were talking saying this and that and some of it were bad things. But at the end of the day as a player you have to be strong and prove your worth. I think I have now proved myself because they like me and want to see me on the pitch,” he said.