Banyana Banyana skipper Janine van Wyk says she and her teammates are behind Desiree Ellis, following her appointment as permanent coach of the senior national women’s team on Thursday. 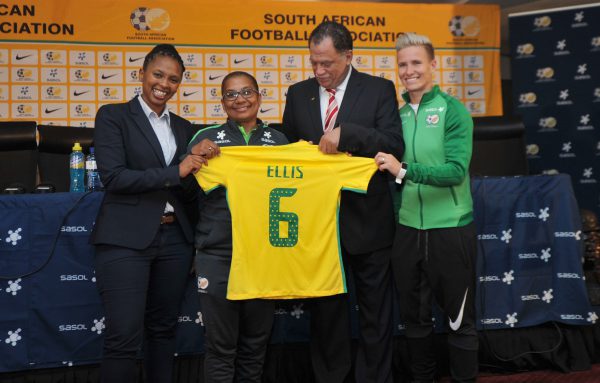 Ellis has been in charge of Banyana on an interim basis since the departure of Vera Pauw in 2016 and has gone on to win the Cosafa Cup and Banyana were crowned the Caf National Women’s Team of the Year under her.

“We have never seen her as a caretaker coach, she has always been a good leader among us and we are happy for her,” said the skipper.

“The whole team is behind her, we will give her all the support she needs like we have been doing all this time.”

Ellis will start her stint as a permanent Banyana coach at the Cyprus women’s cup.

Banyana will depart for Cyprus on Friday and will play their first game on Wednesday against Slovakia.