Why Kgaswane is looking forward to Chiefs clash

If there is one fixture that Baroka FC players get excited about it has to be facing Kaizer Chiefs, and Bakgaga midfielder Mpho Kgaswane is looking forward to their Nedbank Cup quarterfinal meeting at Nelson Mandela Bay Stadium. 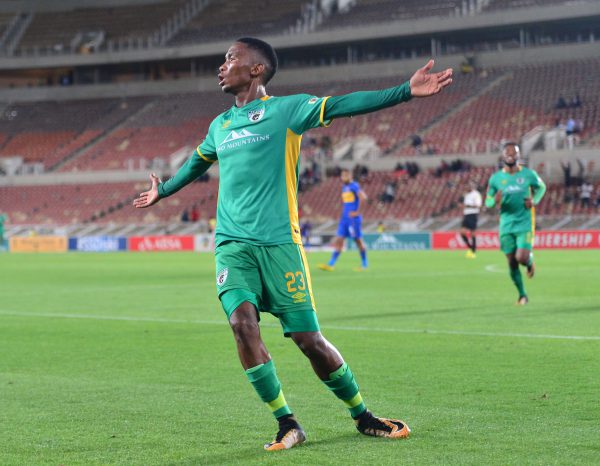 Bakgaga and Amakhosi have met five times since 2011, with the Limpopo side winning two of the games, while Chiefs have only won once with the other games ended in draws.

Kgaswane joined the Limpopo side last year and has only played against the Glamour Boys once. He says he can’t wait for the cup- tie next weekend.

“I always knew the Baroka and Chiefs games were exciting,” said the former Gaborone United player. “We unfortunately lost the last game against them, but it was a very good match. I am certain this one will be the same.

“Plus, what is special about this game is that it is a cup game and we want to see ourselves going as far as we can. Nothing is impossible in football and judging by the way we have been working at training, I am certain we will be able to achieve the result we want.”

Having arrived at Baroka last year, the Botswanan international has made a good impression at the club, making 23 appearances and scoring four goals in the process. The 22-year-old is looking to improve his game and wants to see Bakgaga being one of the best teams in the league.

“We have a very good team with a lot of talented and hard-working players, everyone in the team wants to play and perform to their best of the abilities. I am happy with the way I have started since joining the club, but I am not really satisfied yet.”