Baroka always give us problems – Komphela

Kaizer Chiefs' run in the Nedbank Cup could well be coach Steve Komphela's swan song as his contract runs out at the end of the season. 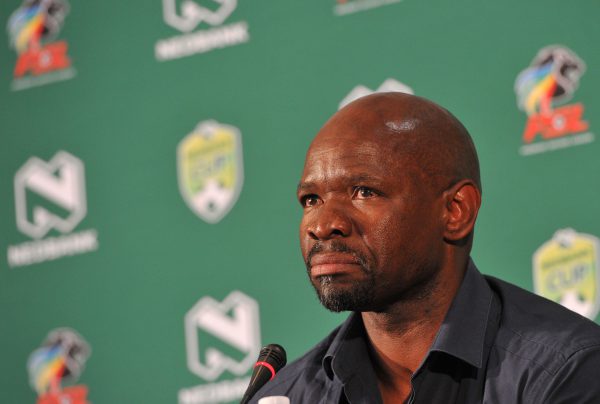 But with the names of possible replacements already being bandied about, the 50-year-old coach remains unperturbed.

“I don’t downplay things and I am realistic,” he said yesterday.

“The fact remains that I have a job and duty to perform at Chiefs as a professional until the last second. With regards to outside, there is nothing wrong with that. Everybody wants the best positions.”

READ: Komphela responds to coaches who are after his position at Chiefs

Now in his third year at the club, Komphela (left) has yet to add official silverware to the Amakhosi trophy cabinet, which was last opened in May 2015 for the Absa Premiership.

With Baroka standing in their way to the Ke Yona semifinals, Komphela knows he has a lot on his plate right now.

“Matches against Baroka are always intense. They always give us problems. But we know we have to go and win this one so we can get into the semis. They play with lots of energy and it will be even more because they are playing us,” he said.

Bakgaga are becoming a formidable side, but Komphela (left) believes his players have what it takes to overcome whatever is thrown in their path.

“The players look focused and we know the responsibility lying on our shoulders as coaches and players. We are the ones who have the opportunity to do our supporters proud,” he said.

With the Glamour Boys having undone their chances in the Premiership title race in their last few matches, Komphela remains hopeful that they can still mount a meaningful chase.

“You have to be realistic. Are we in a position to compete for both? Yes. Looking at the squad you have? Yes. Is it possible? The fixture allows for it. You never know.

“Football is a funny business … you must never give up. You always push up until you are mathematically out of it. We will keep pushing to narrow the gap on Orlando Pirates and Mamelodi Sundowns.”

ALSO READ: Ekstein not happy with progress at Chiefs