Orlando Pirates winger Thembinkosi Lorch has been voted Phakaaathi's Player-of-the-Month for March and deservedly so following his outstanding performances lately. 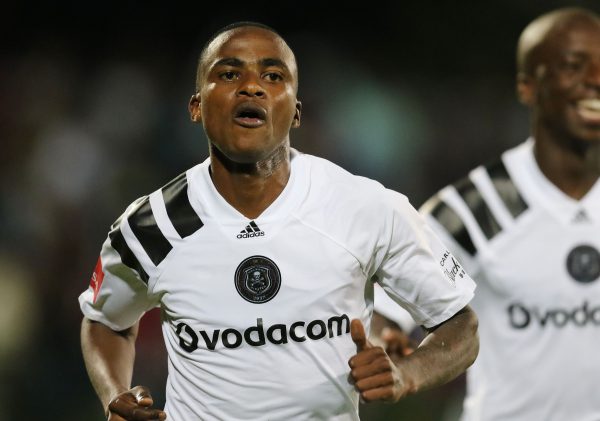 Even at the Premier Soccer League’s choice for the same award, Musa Nyatama conceded that his team-mate Lorch should have been conferred with the Absa Premiership Player-of-the- Month award instead of him.

Having arrived at Bucs back in 2015 after impressing in the colours of Maluti FET College, the winger wasn’t given a real chance to showcase his talent at the club and he ended up being sent out on loan to Cape Town All Stars and Chippa United respectively in a bid to get more game-time.

The winger was brought back following a successful spell at the Chilli Boys, where he helped the club finish the season in the top half of the table for the first time in the club’s history in the 2015/2016 season.

Lorch has always shown great potential to be one of the outstanding performers in the Bucs line-up with his dribbling and ability to take on defenders and score goals, what makes him a special player, but it has taken him a while to find his footing.

This season, however, the 24-year-old has risen to the occasion, particularly last month, with his contribution to the club’s league campaign where they now sit second in the table with 45 points.

It all started with a brilliant showing during the Soweto derby against Kaizer Chiefs, where his opening goal of the match saw Bucs take the bragging rights and walk away with maximum points following a 3-1 victory.

He then scored his second goal of the month when he netted the winning goal in a league tie against Golden Arrows to ensure Bucs secured full points.

His showing wasn’t only noticed by Phakaaathi readers as he was also short-listed for the Absa Premiership Player-of-the-Month award, which was subsequently won by his team-mate Musa Nyatama.

The midfielder was happy about the award but felt Lorch also deserved the accolade for his sterling performances.

“I think Lorch deserves the award, he has been doing well for the club,” said Nyatama.

Lorch’s performance for the club saw him earn a place in the senior national team set-up after he was called up to represent Bafana Bafana in the Four Nations tournament in Zambia by coach Stuart Baxter.