New Kaizer Chiefs coach Giovanni Solinas will need a better excuse than complaining of fatigue so early in the season. 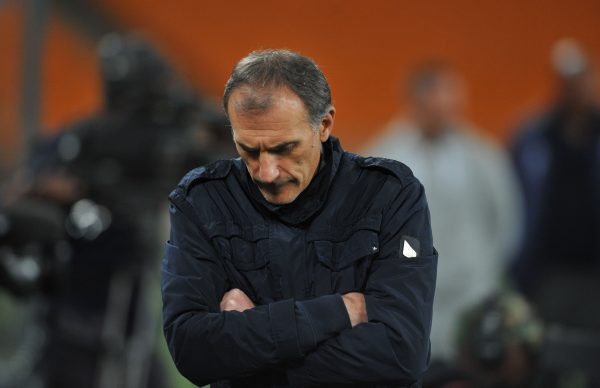 The Italian mentor got some serious stick on social media yesterday after he said in a post-match interview after the 1-1 draw at Baroka on Tuesday night that his players were exhausted.

Solinas said his team started well against Bakgaga and managed the game quite well in the first half, only to tire in the second period.

Amakhosi have played just four games this season, winning only the MTN8 quarterfinal last weekend and drawing two and losing one in the Absa Premiership.

“It was a good game. We played well in the first half and had the game under control,” said Solinas.

“It is normal that in the second half my players got exhausted. Baroka had the advantage because they didn’t play at the weekend. Fatigue got to us. It’s not easy to play every two days without any rest.”

He lamented the heavy fixture schedule and complained that after traveling for four hours from Johannesburg to Polokwane, Chiefs will be in transit for longer when they go to Pietermaritzburg to play Maritzburg United tomorrow evening.

“These fixtures are for robots not for human beings. It’s a big problem but we accept it. We need to improve our fitness. You can use rotation but you can’t change too much,” he said.

Solinas also appealed to the Amakhosi faithful to be sensitive in their behaviour towards the players during a match, saying criticising and booing them killed their spirit.

Veteran attacker Bernard Parker has been the latest victim of the fan dissatisfaction and has been booed several times this season.

“We need the fans to support the players and not criticise during the game. Judge them after the match has finished. These players work hard at training,” said the former Free State Stars coach.

He was, however, happy how his players reacted after conceding an own goal which gave Baroka the lead on Tuesday night.

“We made the mistake and conceded. It happens in football. But the reaction was good because we immediately pushed forward looking for equaliser,” he said.