Davids lost Lebogang Maboe who was a star performer last season to Mamelodi Sundowns and is likely to also have to do without Siphesihle Ndlovu who is said to be heading to Masandawana as well in January. 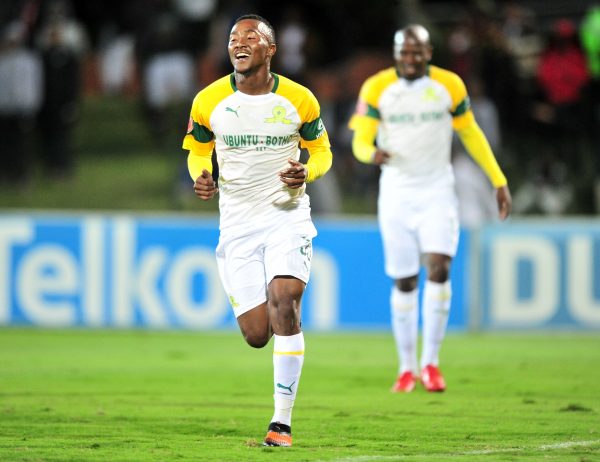 Maritzburg United coach Fadlu Davids has revealed that he is always aware that if a players does well for his team he will attract interest from clubs with a strong financial muscle and that doesn’t bother him much.

The Team of Choice have been known to produce some fine talent which they cannot hold on to when the bigger teams come knocking looking for them.

Davids lost Lebogang Maboe who was a star performer last season to Mamelodi Sundowns and is likely to also have to do without Siphesihle Ndlovu who is said to be heading to Masandawana as well in January.

“We understand that as a club to survive financially we have to let them go. A few years ago Maboe and Ndlovu were nobodys but it is normal that they would want to take their careers to another level and for other teams to want them in their squads.

“It is a chance for us to give other stars a chance. We have already given debuts to a few youngsters this season. At the moment nothing is confirmed (about Ndlovu) so he is part of our plans until anything changes,” said Davids.

The 38-year-old mentor also said his team will use the Telkom Knockout to revive the spirit in the team. Maritburg were drawn at home against Absa Premiership new boys Highlands Park for their first match in Ziwa Mo.

“I am quite pleased with the home draw. Their log position shows that they have adjusted to the top flight. They are an unknown team for most of us,” he said. Davids said his side’s defeat in the Nedbank Cup final last season had been a big blow that took long for the team to recover from.

“The players were just getting over the disappointment of the Nedbank Cup. But cup games give the players something to be excited about. It is there for anybody to take.

“Everyone in the seeded teams must have wanted to avoid Bidvest Wits. But the Premiership is so balanced these days. The log table shows how tight it is. You win two games and jump to the top. You lose two and find yourself at the bottom.”

Cup games need a balancing act from the coaches, Davids revealed: “You have to find some balance. We are starting to gain momentum. Our defence is quite solid with five clean sheets in a row but we need to score goals. This gives us a platform. It won’t be easy because Highlands Park have a very solid defence. It is going to be a real challenge to use this competition to find our scoring touch.”