This was Banda’s second trial with the Buccaneers after the club invited him for training five months ago. 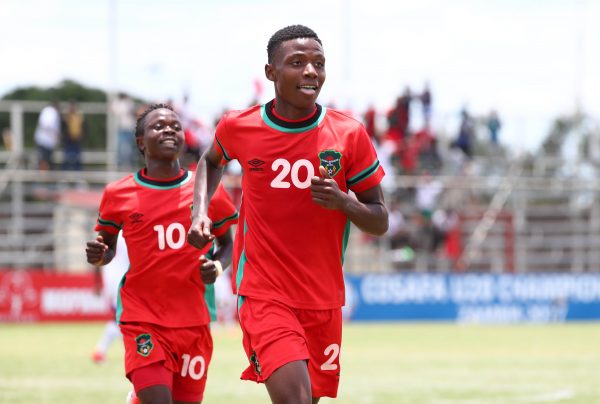 Peter Banda of Malawi celebrates goal during the 2017 COSAFA U20 football match between Swaziland and Malawi at Arthur Davis Stadium, Kitwe (Chris Ricco/BackpagePix)

News coming out of Malawi is that Griffin Young Stars striker Peter Banda is back in the country after undergoing a two-week trial with Orlando Pirates.

This was Banda’s second trial with the Buccaneers after the club invited him for training five months ago, but the young striker could not travel with Pirates to Brazil because of visa problems.

Speaking to Nyasa Times on Banda’s arrival in Malawi on Monday, Griffin Young Stars coach and owner Griffin Saenda Junior, who accompanied the player to South Africa, described the trials as successful.

“I’m confident that we’ll have a good feedback from the team (Pirates) very soon because they have assured me that they will sit down and discuss issues concerning contract offer, so we’ll be eagerly waiting.”

Banda has also attended trials with a Belgian side as well as with Bidvest Wits in recent months, therefore Pirates will have to move swiftly if they are to secure the Malawian striker.