Olaleng Shaku is in trouble with his current club over allegations of attending training while under the influence of alcohol. 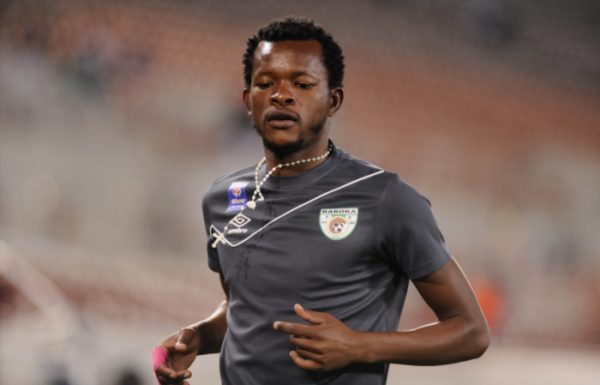 According to LimSportsZone, the former Baroka FC captain showed up at Witbank Spurs training drunk accompanied by two female friends.

Spurs chairman, Themba Mafu confirmed to the publication that the club initiated disciplinary process against Shaku, but dismissed the alcohol reports.

“All these things are distorted, it’s not true that he came to training intoxicated, the fact of the matter is that yes he is back at training, it was just a disciplinary issue which is football related. He kicked the ball away deliberately at training and he was asked to go fetch it and he refused to go and fetch it so it is really not true that the issue was about alcohol,” Mafu told LimSportsZone.

Shaku was released from Baroka FC along with goalkeeper Oscarine Masuluke for allegedly drinking on the team bus with former coach Kgoloko Thobejane.