I know what I have in Brockie – Pitso

The New Zealander has come under a bit of scrutiny from fans in recent games, even though he has shaken off his goal drought. 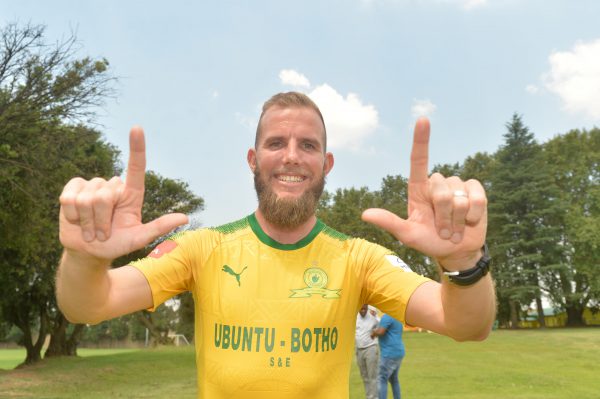 Fans are not happy about Jeremy Brockie’s ball playing skills, or lack thereof, as they often howl when the New Zealander fails to dribble past an opponent or return a one-two pass to his teammates, which has sometimes led to fans making the infamous substitution gesture.

His head coach Pitso Mosimane has come to his defence, insisting the former SuperSport United striker is not as skilful as the likes of Themba Zwane and Gaston Sirino, who are crowd favourites for the kasi flavour style of play.

“His contribution is good,” Mosimane said of Brockie.

“Brockie is not Mshishi (Zwane). We did not buy him to come and dribble people. He will never play like Gaston. He is a different kind of a player. Don’t look for something that is not there, it is like saying Mshishi must score volleys, you can’t do that.”

“Jingles” referred to Brockie’s last goal, which was a strike against Equatorial Guinea side Leones Vegetarianos in the Caf Champions League preliminary round last month, saying that was the kind of quality he expected from the 31-year-old.

“The goal that he scored in Equatorial Guinea, that’s the sniper goal. Don’t look for a playmaker in him. I am happy with what I have in him, I know what I brought. It becomes a little bit complex around Gaston and Mshishi because they know how to play but I am happy with him,” Mosimane concluded.