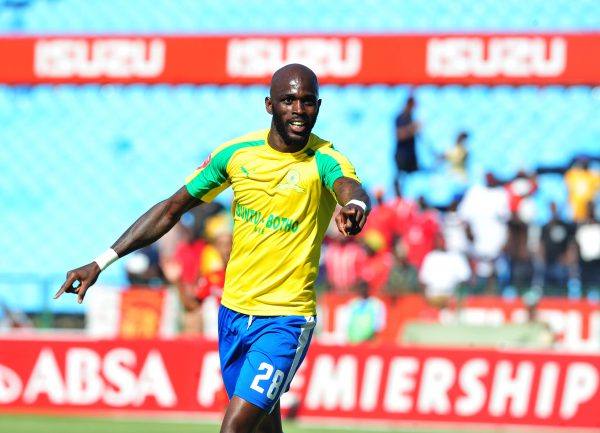 Sundowns won by one goal to nothing against the Team of Choice in a league game on Wednesday night.

United didn’t make it easy for the defending Absa Premiership champions as they kept trying to break Sundowns’ defensive lines.

Mosimane applauded Ricardo Nascimento for making it difficult for United players to take shots at Sundowns’ goal posts, but blasted Laffor for having a bad game.

Laffor made a few mistakes during the game which frustrated Mosimane, as the lanky striker made costly mistakes when the team was attacking.

Mosimane slammed Laffor for not making the right decisions in critical phases of the game.

“First half decision-making especially on Laffor, both repetitions were not falling more for him. He made the wrong decisions,” Mosimane told SuperSportTV. “Also, there was a little bit of a rush because he knows he has to score and seal it and that’s what killed us, because we wanted to score early because he knows we are playing on the break.”