The Buccaneers travel to Limpopo for a meeting with Lidoda Duvha at the Thohoyandou Stadium on Saturday evening. 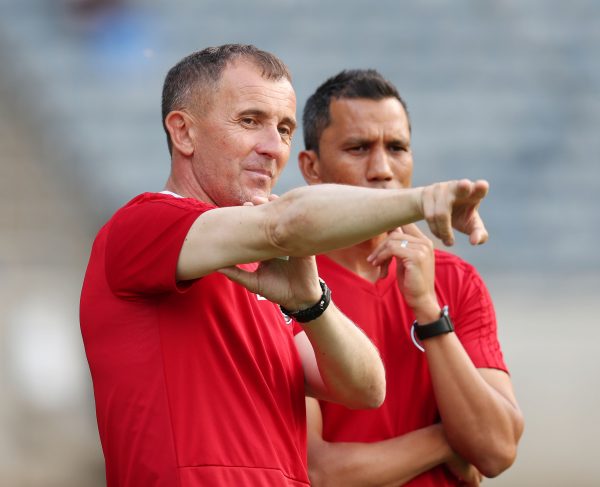 Just over a month after losing the final of the Telkom Knockout, Orlando Pirates have a chance to redeem themselves in the Nedbank Cup, with the Soweto giants having to get past Black Leopards to go through to the next round.

The Buccaneers travel to Limpopo for a meeting with Lidoda Duvha at the Thohoyandou Stadium on Saturday evening.

Pirates coach Micho Sredojevic is eager to see the Soweto giants go through to the last-16 of the competition but knows the home side won’t make it easy for them and other factors such as the heat in the Limpopo province will also come into play. Nevertheless, Sredojevic says they are ready for battle.

“We are looking to enter each and every competition with the highest possible ambition, fully aware that we are going to Thohoyandou to play against a Black Leopards team that are doing very well. We believe that we have prepared ourselves very well and at the same moment are expecting anyything,” said Sredojevic.

“There are other factors, such as the presence of their supporters, the heat of the weather, the playing field … and all other related issues, but believing in our players and the work that we are doing, we believe we shall continue to have a significant presence of our identity in the game organisation. We shall have the habit of iron-cast defending in order not to concede and we shall have the culture of scoring goals that will enable us to win this match.”

Sredojevic indicated there are some players at the club who are doubtful for the tie but didn’t give out any names. However, he believes everybody else at the club is ready for the battle.

“With such ambitions, there are some question marks regarding other players who still have to pass a late fitness test. But everyone is ready for the battle against Leopards, is in a good spirit and good mood. We are looking forward to the match.”

The last time Pirates and Leopards met was during a league encounter, which the Soweto giants won 2-1 at the Peter Mokaba Stadium in August last year.