Amajita star Luke Le Roux has revealed that he looks up to SuperSport United midfielder and teammate Teboho Mokoena, who has become a regular at Matsatsantsa. 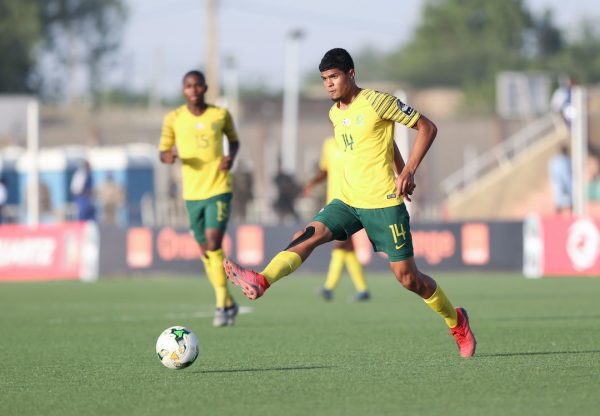 Luke Gareth Le Roux of South Africa during the 2019 U20 African Cup of Nations match between South Africa and Burundi at the Stade De Maradi Stadium. (BackpagePix)

The 18-year old Le Roux says watching Mokoena become an integral part of Kaitano Tembo’ side is motivating him to work hard and to follow on his foot-steps.

“He is a player I look up to even though he is very young and a very good player. I speak to him now and again a few tips from him,” said Le Roux.

Le Roux has been away on national duty with Amajita where they finished in third place at the 2019 Afcon in Niger and qualified for the World Cup.

He adds that he saw Mokoena’s cracker goal against Golden Arrows on February 11, and says he immediately sent him a message while in camp to congratulate him.

“I saw it, I messaged him after the game and I said well done. And since it has happened to him why can’t it happen to me, that’s why I’m keeping him close to me so that I can learn a lot from him.”