Bafana must not panic – Furman

Bafana need to eke out a point when they play Libya in Tunisia on Sunday in order for them to be part of the 24 teams who will compete for the Africa Cup of Nations title in June. 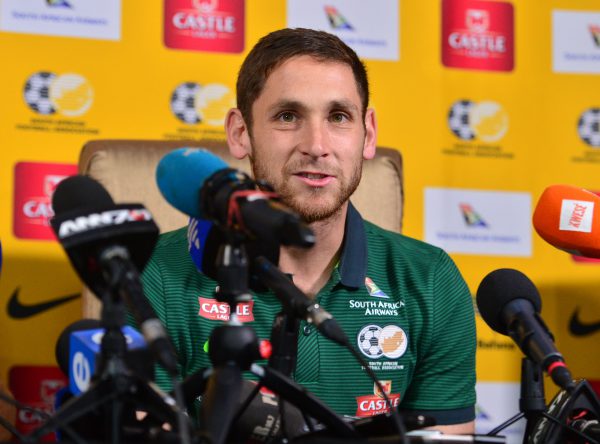 Bafana Bafana’s job of making it to Egypt 2019 might not be as tricky as some might think – all they have to do is ensure they keep their undefeated record in their Group E of the Caf African Cup of Nations qualifiers.

Stuart Baxter’s side have not lost in the five games they have played thus far and began their campaign with a big win over Nigeria but still need to eke out a point when they play Libya in Tunisia on Sunday in order for them to be part of the 24 teams who will compete for the Africa Cup of Nations title in June.

Despite not losing, goalless draws against Libya at home and Seychelles away have made qualification a little steep for Bafana. But Bafana do have strikers like Percy Tau and Lebo Mothiba that are well capable of finding the net against Libya, and even if they don’t another goalless draw will be enough to progress.

READ: Bafana need to play for a draw against Libya – Goldstone

Former skipper and midfielder Dean Furman said there was no need to panic.

“We have to remember that we are undefeated in this group and if it stays that way we will qualify. We got to take that as a huge positive,” he said yesterday as Bafana started their training ahead of the crucial match in Sfax.

“We took on one of the big teams in Africa (Nigeria) and we beat them away and we put up a good performance at home, so we can go into the last game with some confidence,” he added.

Furman was not part of the team who beat Nigeria as he was out with an injury but he has since made a full recovery and put on convincing performances for SuperSport United which compelled Baxter to recall him for the national side.

“I have had to put a lot of work into my recovery,” he said. “I had to get my fitness, form and sharpness back to make sure I was in this camp.

“I always wanted to make sure I played well to be in this squad because as a player you want to play these big games – you represent your country and there is a huge prize at the end,” said the diminutive 30-year-old.

“We are all pushing and we all know what the prize is. We are all looking to make sure we get the job done on Sunday.”