It is National First Division (NFD) side, Richards Bay FC who should have been deducted the points, the report said. 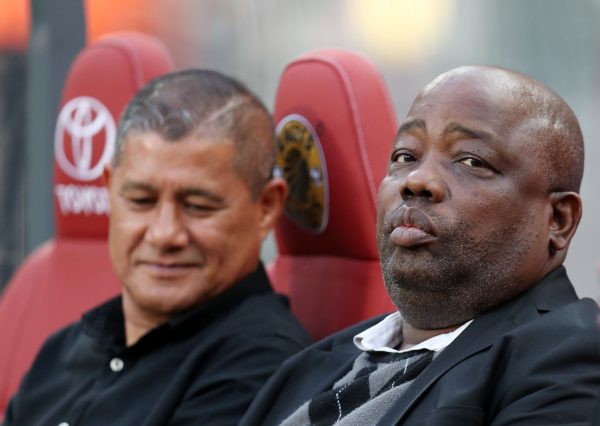 Dr Patrick Sokhela, AmaZulu Chairman with Cavin Johnson, coach of AmaZulu during the Absa Premiership 2018/19 match between Kaizer Chiefs and AmaZulu at the FNB Stadium, Johannesburg on 22 September 2018 ©Muzi Ntombela/BackpagePix

A report carried by IsiZulu daily newspaper on Monday has suggested that Safa were misguided in carrying out a Fifa ruling to have AmaZulu deducted six points after they were found guilty of foul play in a matter regarding sacked player, Phineas Nambandi.

It is claimed that the letter from Fifa directed that a team owned by Khabeni Project Pty Ltd is the one who should be deducted points as it was this company that were found guilty of ignoring a Fifa ruling.

AmaZulu in their current form bought Thanda Royal Zulu’s status under Lyrastar Investments Pty Ltd and therefore are not liable for the punishment.

It is National First Division (NFD) side, Richards Bay FC who should have been deducted the points, the report said.

“According to Fifa, the team who should have been deducted points is Richards Bay FC, not AmaZulu who are under Lyrastar Investment Pty Ltd as they are legally Thanda Royal Zulu and only trading under the name AmaZulu.

“The letter directs Safa to deduct points from Richards Bay FC and send evidence of that before March 26… The letter from Fiifa dated March 12 explains that,” lawyer Ashwin Trikamjee was quoted as saying.

If Safa reverses Usuthu’s points deduction, it will see the Durban based in with a chance of making the top eight at the end of the season. Usuthu are currently on 31 points after 29 games.