Clive Barker: from taxis to trophies

South African football owes the contribution of one of its finest coaches to a bankrupt company and the subsequent financial struggles of a taxi driver. Clive Barker launches into his now famous 'airplane celebration' after a goal. Pictures: Gallo Images (above) and Backpagepix

In 1973, four years after retiring from the game with a serious knee injury, he was working as a sales rep and driving taxis at night for additional income.

When the company went insolvent, he decided to give coaching a try at the age of 28.

“We thought about selling our house, but I figured there must be a better way to get some money, so I started coaching the Fynnlands club team,” Barker said yesterday.

“They were relegated that first season, but we worked at it, solved the problems and the next year they were promoted again.”

The following season he took his first job with a top-flight outfit, AmaZulu, and never looked back.

“I worked under a few different coaches at the beginning and learnt different aspects of the job from each of them before I went off on my own, but it was a good start, and it was a lot better than driving a taxi.” 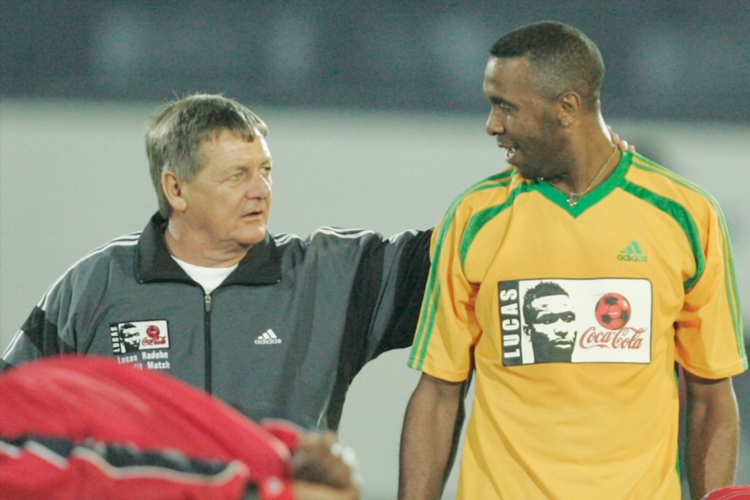 A couple of years into his tenure with Bafana Bafana, he guided the squad to the Africa Cup of Nations (Afcon) title on home soil, but in a shock decision, Barker was sacked shortly before the 1998 World Cup in France.

With such a sudden rise after readmission to international sport, it was widely expected that Bafana would become a force in the global game.

Instead, the team steadily deteriorated, finishing second at the 1998 Afcon tournament and third in 2000. They have not reached the semifinals since.

But Barker has gone on to cement his place as one of the country’s top football managers, spending various stints with eight clubs since 1998.

Still making an impact on the game at the age of 70, he took promoted Mpumalanga Black Aces to an impressive seventh-place finish in last season’s Absa Premiership.

Bafana, meanwhile, have descended into a dreary state of disappointing mediocrity.

After climbing to 16th place in the world rankings under Barker, they now languish in 66th position. 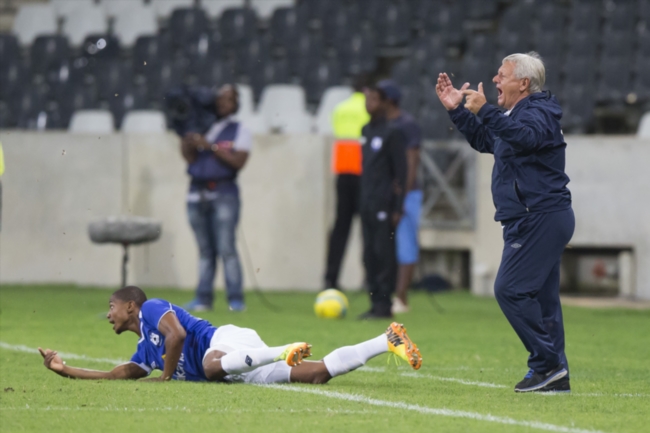 “In 1996 we went straight from isolation to winning the Cup of Nations and we qualified for the World Cup first time out.

“We thought it was just going to get better from there, but the SA Football Association shot itself in the foot by appointing the wrong coaching director and trying to copy what other countries were doing.”

Of the 13 men who have coached the national team since Frenchman Philippe Troussier took over from Barker, six have been foreigners, and he felt the federation needed to reassess its approach, warning that administrators should stop searching for answers overseas.

“We’ve seen what we’re capable of, and there’s definitely an opportunity to turn the game around in South Africa, but there’s a lot of work to be done at grassroots level.

“It’s important to have top-class coaches from the bottom up, and anyone involved with the national team needs to bring a good record to the job.

“If they appoint people based on image, they’re just throwing money away, and we’ll never fulfil our potential.”