Siyabonga Mbatha drew inspiration from his young days as a schoolboy who would sometimes not have proper uniform to help kids with school shoes through his Siyabonga Qhamukile Foundation. 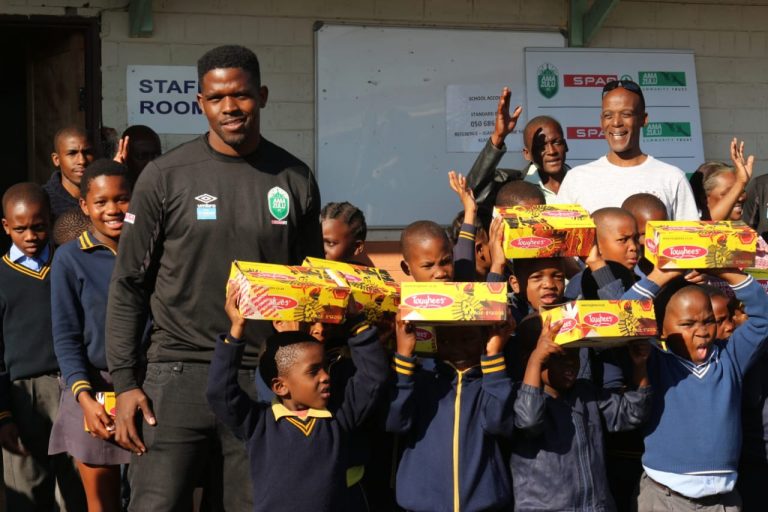 The 30-year-old AmaZulu FC goalkeeper teamed up with school shoes makers Bata to donate 450 pairs of school shoes at three schools on Tuesday.

“I know the struggle of not having shoes. I am thankful to Bata for helping me be able to help these kids. It has always been a dream of mine since I started this foundation to help kids,” Mbatha told Phakaaathi.

Accompanied by Usuthu’s head scout, Ayanda Mkhize, Mbatha visited Isikhumbuzo, Bashokuhle and Isiphingo primary schools in the Durban area where they donated 150 pairs at each school.

They also spoke to the kids, motivating them to stay in school and work hard for their dreams. He said he Hope’s his story will inspire the kids to steer away from bad activities and believe that they can make it big in life as well.

He added that they will still be going to Mzingazi Primary in Richards Bay later this week where they will also be donating shoes and motivating the kids. 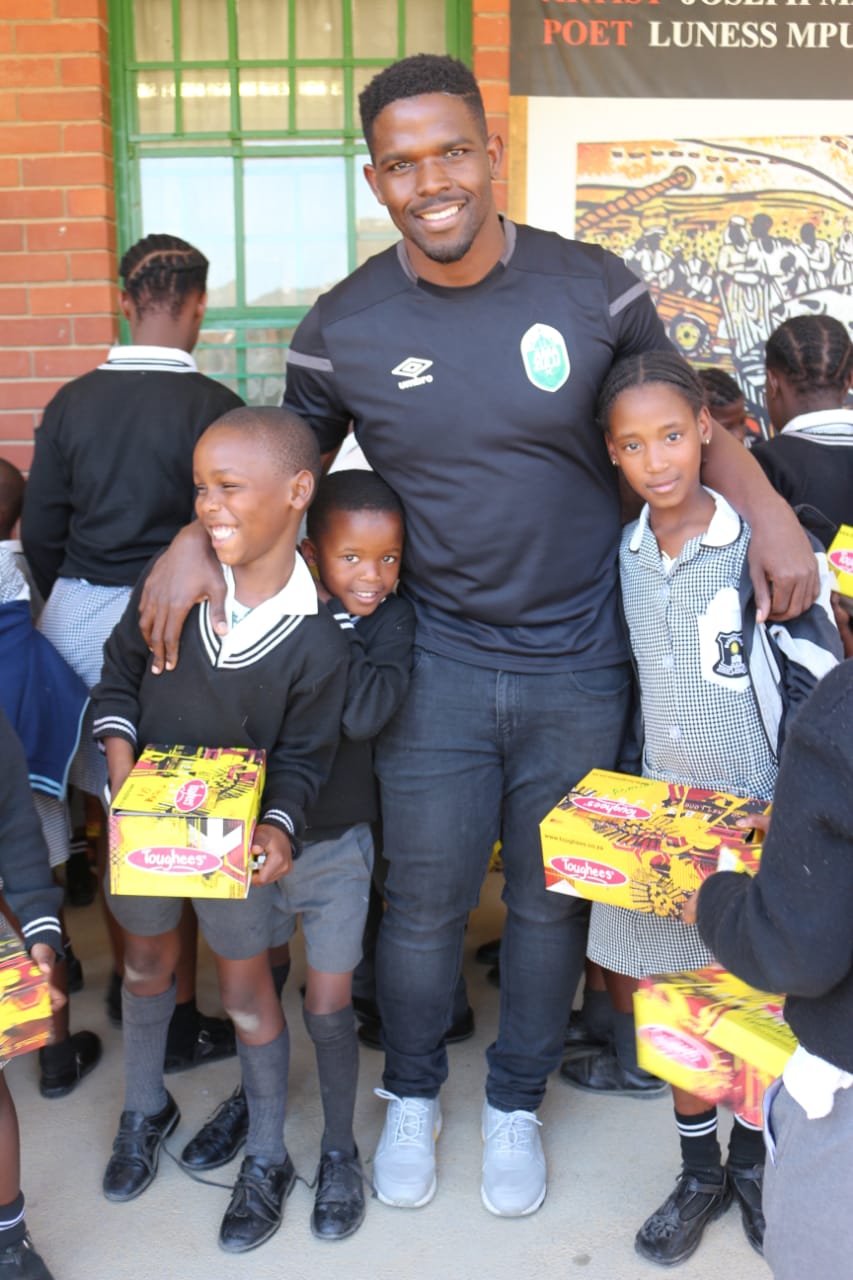 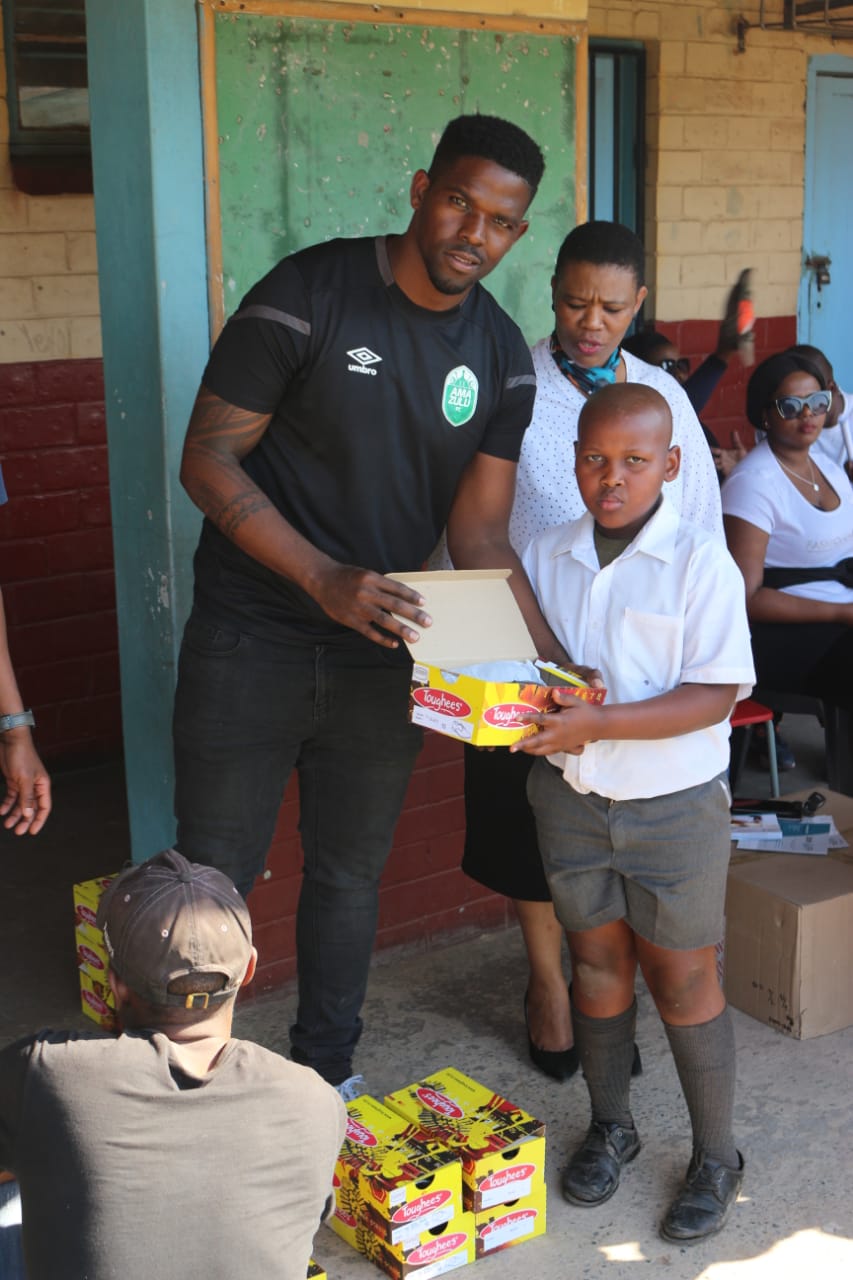