Qalinge was left behind as he was nursing a health challenge which made it impossible for him to travel to the Mother City. 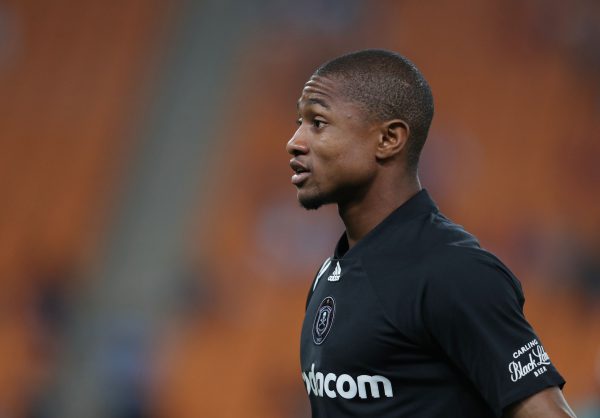 Discarded Orlando Pirates midfielder Thabo Qalinge’s trial at SuperSport United will resume when the team return from their pre-season camp in Cape Town tomorrow as he attempts to earn a contract with the Tshwane giants.

Qalinge was left behind as he was nursing a health challenge which made it impossible for him to travel to the Mother City, Matsatsantsa coach Kaitano Tembo told Phakaaathi.

“He had piles and we left him behind, we couldn’t travel with him because he was struggling to even sit down. At the moment we will only be able to see when we go to Jo’burg whether he has recovered or not,” said Tembo.

“I think in terms of his quality as a player there is no doubt about it, he is a good player but at the same time the most important thing is to see if he is going to fit into the way we play but we did not have that opportunity. We thought we were going to have that opportunity in this camp. We will look at him when we go back, we still have a bit of time to make that decision,” Tembo added.

The United coach also revealed how he plans to utilise Thamsanqa Gabuza, citing Gabuza’s aerial presence as a weapon he intends to use.

“He is a typical No 9 and is very strong. He can hold the ball and has a very good first touch. He also has the speed going forward. He will play a very good role in terms of holding the ball and we can play off him as he is strong in the air.

“Those are his qualities, we are going to try and use those to our advantage. He has gelled very well with the rest of the team and I think he’ll play a pivotal role in our structure and we will use him in different ways,” Tembo said.