Pirates kickstart league with a win

A convincing 3-1 victory saw Orlando Pirates kick-start their Absa Premiership campaign on a positive note at the Orlando Stadium on Saturday. 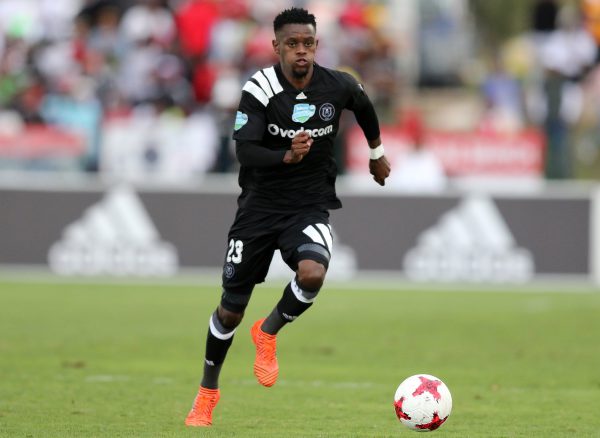 Innocent Maela. Pic: Gallo Images
A convincing 3-1 victory saw Orlando Pirates kick-start their Absa Premiership campaign on a positive note at the Orlando Stadium on Saturday.
Goals from Augustine Mulenga, Innocent Maela and Gabadinho Mhango got Pirates their first home win, while Mzwanele Mahashe got the visitors only goal of the match.
Pirates were the first register a goal, courtesy of  Mulenga’s composer strike in the sixth minute thanks to a beautiful pass from Musa Nyatama to put Bucs in the lead.
Celtic suffered a huge setback after Wandiaile Letlabika was forced out of the game following an injury just a couple of minutes after Pirates scored.
Celtic had a glorious chance to get an equaliser in the 35th minute, but Ndumiso Mabena couldn’t control the ball on the edge of the box.
The Free State outfit finally leveled matters up from a set-piece after substitute Mahashek controlled the ball into the air before heading it,  beating Wayne Sandilands in the 38th minute.
It was game on for both sides as they went in search for their second goal with numerous opportunities being created from both ends
The Buccaneers got another goal-scoring chance just before the half time break through a Luvuyo Memela’s cross, but Justin Shonga’s header deflected through a Celtic defender going out for a corner-kick.
In the 51st minute, Bucs had a chance to go ahead after a long ball found Vincent Pule inside the box, but Celtic goalkeeper Sipho Chaine was able to keep out the danger.
Maela got Pirates second goal of the match after he found himself unmarked inside the box from a Mulenga corner-kick in the 55th minute.
The home side piled more pressure on Celtic and looked to be well in control of the match.
Tebogo Potsane tried to put Celtic level with a long-range strike in the 70th minute, but his shot was not powerful enough to trouble Wayne Sandilands at Pirates goal.
Former Celtic striker Gabadinho Mhango got Pirates third goal of the match in the 77th minute after coming on as a second-half substitute.
Both sides continued with a search for a goal, but it was Pirates’ day at the end as they walked away with maximum points.