Middendorp hopes to guide Chiefs to glory in TKO

Chiefs begin their TKO campaign away at Cape Town City this afternoon at the Cape Town Stadium. 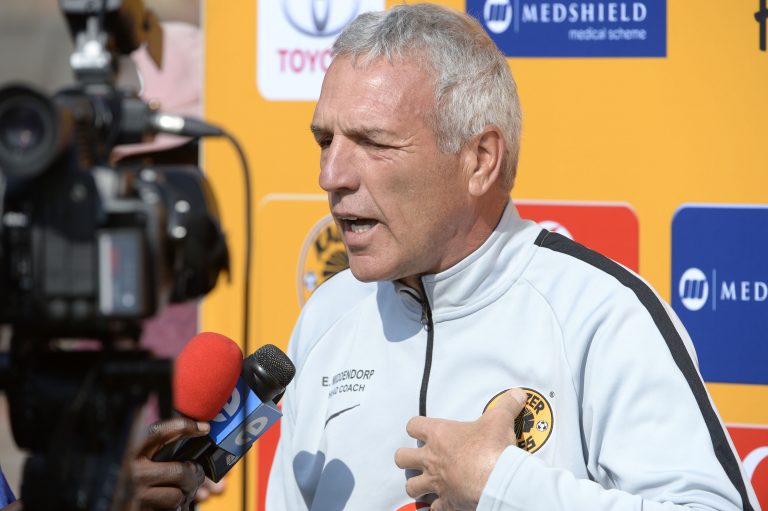 It is all about the process for Kaizer Chiefs coach Ernst Middendorp on whose shoulders is the huge responsibility of guiding the country’s most successful club when it comes to domestic cups back to their glory days.

In eight games the team have played so far this season, Middendorp – who does not enjoy popularity with the myriad Amakhosi faithful – has done considerably well guiding the team to the top of the standings in the league.

That and the impressive 4-2 win over Mamelodi Sundowns in an exhibition game last Saturday has seen some supporters warming to the German.

It is however a successful run in the Telkom Knockout that can help the enigmatic coach to get more supporters behind his process as he looks to return Amakhosi to an all-conquering team they were in the past.

“You didn’t see me running with the cup through the stadium on Saturday, celebrating or whatever,” he said of Saturday’s Shell Helix Ultra Cup win.

“You don’t see me disappointed and showing it when we don’t get the result. I try to be balanced: it’s about the balance, it’s about the progress,” Middendorp said at Naturena this week.

Chiefs begin their TKO campaign away at Cape Town City at 3.30 this afternoon at the Cape Town Stadium. Middendorp downplayed the game’s importance saying for him it is part of the building process.

“We still have minutes and periods inside the game where we have to do better. It’s not depending on the Telkom Cup, or PSL, or the Macufe Cup, or the Shell Helix Cup.
“It’s just the game we have to play and each and every game with a team like Kaizer Chiefs … even if you play on the training ground against Moroka Swallows, you have to win, you have to be successful.
“This is the mentality that we try and pump into the brain of everybody that is a part of this team – particularly ever since we started pre-season.”
Middendorp said with club chairman, Kaizer Motaung celebrating his 75th birthday this year – his birthday was on Wednesday – it would be fitting for the team to bring something to the trophy cabinet.
“I think that’s the biggest thing you can bring as a team – as a technical team – to somebody who has done a fantastic job bringing this brand to such a level over the past 50 years,” he said.