Kaizer Chiefs’ season of suffering summed up by Soweto derby

Pirates have dominated Amakhosi this season in the derby, but then Chiefs have won only just over a handful of matches in a bitterly disappointing campaign. 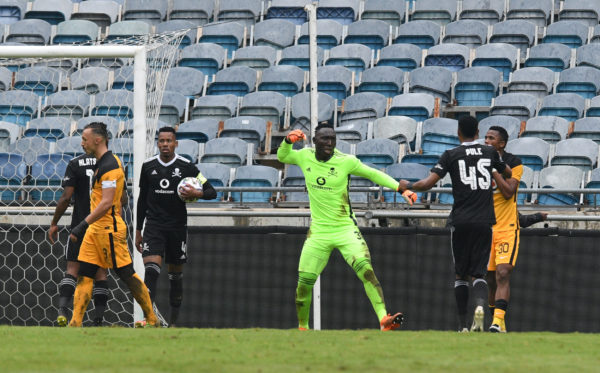 Kaizer Chiefs will play Orlando Pirates for a fourth time this season on Sunday, and for a fourth time behind closed doors, with the COVID-19 pandemic meaning 90 000 fanatical supporters may well not pack into FNB Stadium for a long, long time.

ALSO READ: More heads to roll at Chiefs before the season ends?

One does have to wonder, right now, whether for Amakhosi and Gavin Hunt this is a blessing in disguise, as they head into this DStv Premiership match in the midst of a campaign of utter mediocrity.

Chiefs fans have been inclined to hurl abuse and more at Chiefs players and managers in situations better than this, and Hunt and company may well have felt their wrath in any of the previous three derbies. A fourth might just tip the gold and black half of Soweto over the edge, and if they do lose to Pirates on Sunday, it might just be better that fans are hurling verbal tirades only at their television sets or wireless radios.

Chiefs’ performance in the third derby at the end of January, in the first round of the Premiership, was much better than their limp defeat in the MTN8 semifinals about three months earlier. In fact, Amakhosi might have won had they taken their first half chances, and had Samir Nurkovic not fluffed a second half penalty.

But lose Chiefs did, and this wasting of chances, coupled with poor results, has been a theme of their 2020/21 season. Amakhosi have a total of seven wins in 30 matches in all competitions this season, which even with the valid excuse of a transfer ban, is a pitiful record.

The signs of what was to come were there from the start as after scrambling to a 2-1 MTN8 quarterfinal win over Maritzburg United, Chiefs were hammered by Mamelodi Sundowns, and then taken to the cleaners by Pirates in the MTN8 semifinals.

And the signs heading into Sunday’s game are not really any better for Amakhosi, coming off the back of a goalless draw against Petro de Luanda in the Caf Champions League in Angola, and with just one win in their last 11 games in all competitions.

Orlando Pirates, by contrast, have picked up the pace in their campaign, unbeaten in nine matches in all competitions, winning seven of them, heading into Wednesday’s Caf Confederation Cup match against Enyimba.

The stats can lie and a derby tends to throw form somewhat out of the window but right now, it is hard to see past a fourth humiliation for Chiefs and their beleaguered head coach.