"I am not able to travel to fulfil my contract with the team," said Lebese. 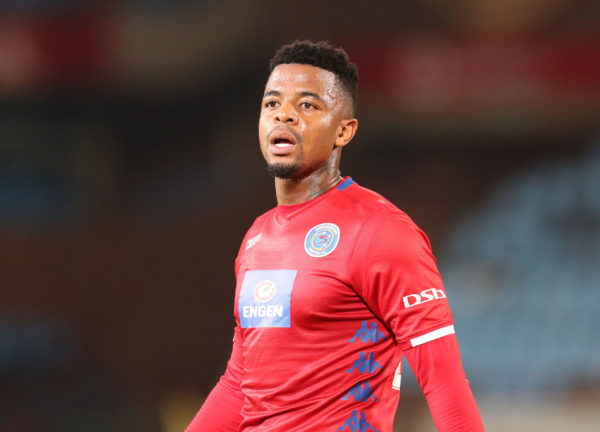 George Lebese is waiting for his ITC from Fifa (Picture: Muzi Ntombela/BackpagePix)

Former Kaizer Chiefs forward George Lebese has confirmed that he has had to cancel his contract with the Colorado Springs Switchbacks, because he cannot travel to the US as a South African.

The USA has closed its borders to South Africans in the midst of the Covid-19 pandemic and Lebese took to Twitter to express his frustration at the situation.

“It is with a heavy heart that I have to terminate my contract with @switchbacks,” wrote Lebese.

“This pandemic has consumed and taken away from many people and I am now a living force of that. Due to the decision of the president of the US made on the 26th Jan to close borders for South Africa with NO EXCEPTION!!! I am not able to travel to fulfil my contract with the team and after patiently waiting to see if it opens, two months are passing with no upliftment and the Club proposed a termination to minimise risk from both ends.

“I thank Switchbacks for the opportunity to be a part of the team, This was honestly not an easy but heartfelt decision. As of with immediate effect I am a free agent and looking forward to what is next for my career.”

Lebese left Kaizer Chiefs in 2016 to join Mamelodi Sundowns, but after an unsuccessful time there and at SuperSport United, he joined Colorado Switchbacks, who play in the second tier of US club football, in 2020.

He netted twice in twice in 16 appearances for Colorado.

Now 32, it remains to be seen where Lebese goes next, though there are likely to still be clubs in the DStv Premiership with interest in him.