"At half-time I said the only way we're gonna lose this game is if we give them too much respect," said Kerr. Tshakhuma Tsha Madzivhandila coach Dylan Kerr has revealed what he told his players at half-time to inspire a 1-0 win over Chippa United in the Nedbank Cup final on Saturday evening.

Vhadau Vha Damani led the Chilli Boys by a solitary goal scored by Ndabayithethwa Ndlondlo at the half-time break.

“At half-time I said the only way we’re gonna lose this game is if we give them too much respect, if we allow them too much time on the ball and the first half I thought we dominated but for some reason we never seem able to make that killer pass. And it’s always the wrong pass,” Kerr told SuperSport TV after the game.

“They battled, kept their heads cool. I’m just so proud of everyone that’s involved with Tshakhuma Tsha Madzivhandila.

“At the end of the day the trophy is the one thing that matters. Getting into Caf is the second biggest thing and the prize money it helps the chairman clear a lot of things up that he’s been left with.

“The players have got to enjoy tonight (Saturday) but not too much because we’ve got a very tricky game against SuperSport on Wednesday and we’re still not out of danger. We’ve got to be careful tonight. There’ll be some celebrations. But they’ll be in bed by 10 o’clock that’s for sure.”

“We tried to approach this game like any other game without the pressure, but unfortunately, the first half an hour we didn’t exist. It’s like we were enchanted.

“The last 15 minutes of the first half we started to play something, we started to recover from the shock of conceding a goal from that rebound. The first half from both sides there was no chances and we get that cracker if I may say and then we were shocked.

“Second half, we came like a different team. We looked much more organised, much more better, more offensive. We moved more but we couldn’t penetrate. We couldn’t create the chances. Maybe one or two but it was not enough for us to recover the game. It’s sad for those who work hard to be in a final and now to lose it.” 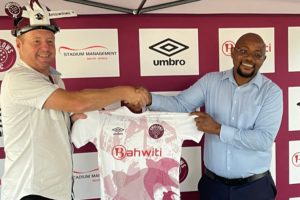 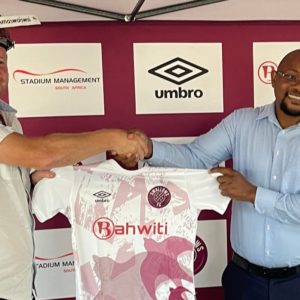 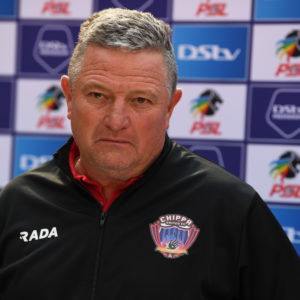