"None of the new players disappointed me. They staked a claim," said Baxter. 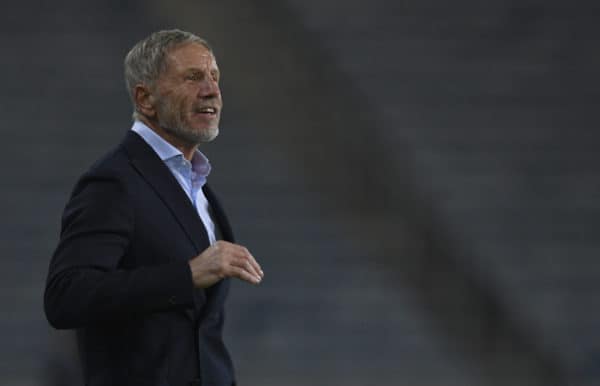 Kaizer Chiefs head coach Stuart Baxter was delighted with the performances of his new signings who made their debut in the Carling Black Label Cup against Orlando Pirates over the weekend.

Baxter introduced the likes Brandon Peterson, Cole Alexander, Sifiso Hlanti, Phathutshedzo Nange and Kgaogelo Sekgota in the second half as Chiefs beat Pirates on penalties to claim the Cup and the bragging rights over their Soweto rivals.

Petersen saved two penalties , while Sekgota slotted in the winning spot kick for Amakhosi at Orlando Stadium on Sunday evening.

Baxter was impressed by what he saw from all the signings on the day.

“This game was information for me. For the supporters we’ve got to win it, we get that and it’s the old enemy so we always want to win. But this was about information moving forward,” told SuperSport TV after the game.

“None of the new players disappointed me. They staked a claim. I’m happy with the evening’s work and I think there are some shoots of green grass coming through,” added the Chiefs coach.

Commenting on the match itself, Baxter said: “I think our second-half performance warranted the result. It was an even first half. I thought it was a well-played game, one of the better derbies.

“We stepped up in the second half. Our movement around the box was much better. We looked more dangerous and I think when it goes to penalties, you’re just happy that you come out on top because it can go either way. Brandon was magnificent.”

Meanwhile, Man of the Match Njabulo Blom was happy with the way Chiefs executed their gameplan in the win against Pirates.

“I think as a team we had a gameplan and we executed the plan well. I feel like we listened to what the coach wanted – on and off the ball. I think that’s why we were able to win the game today,” said Blom.

Chiefs will now change their focus to next week’s MTN8 where they are scheduled to meet the league champions Mamelodi Sundowns in the quarterfinals of the competition.