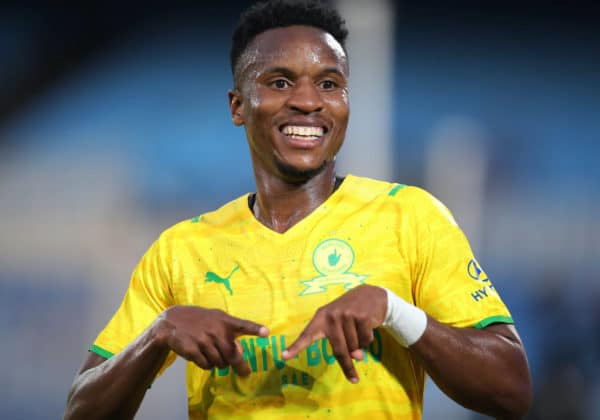 The first set of three points in the new DStv Premiership campaign belong to defending champions Mamelodi Sundowns, as they narrowly beat last season’s runners-up AmaZulu, condemning them to a 1-0 defeat at Loftus Versfeld on Friday night, as Masandawana got the start they hoped for to their title defence.

ALSO READ: Five things to look out for in the DStv Premiership this weekend

AmaZulu defender Thembela Sikhakhane was guilty of switching off, in what most commentators describe as the critical stage of the game, as on the stroke of half time he clattered into the heels of Peter Shalulile in the box, leaving referee Victor Hlungwani with no choice but to point to the penalty spot.

The tried and tested Themba Zwane stepped up and sent Veli Mothwa the wrong way to get the first of what is expected to be a flood of goals in the DStv Premiership this season. The second stanza saw Sundowns continue to hit Usuthu with waves of attacks and Shalulile was within half a metre of doubling up for Downs just after the hour mark.

He was found by Zwane on the edge of the box, beat his marker and had Mothwa wondering what he was going to pull from his rich drawer of tricks. In the end, the Namibian fired his attempt narrowly wide and will have to wait a little longer to open his account in the league.

Benni McCarthy was the first to ring the changes, bringing on the duo of veteran striker Leholonolo Majoro and Tshepang Mpremi. On the opposing bench, Gaston Sirno – who recently pledged his loyalty to Sundowns after sulking and pushing for a move to Egyptian giants Al-Ahly – made his maiden appearance after missing the MTN8 win against Kaizer Chiefs last weekend.

About four minutes after coming on, “The Major” did everything right in a scramble right in fron of Kennedy Mweene’s goal. Mweene was nowhere to be found and Majoro thought he had equalized for Usuthu, but Rushine De Reuck was fast enough to rescue the situation, clearing the ball before almost comprising his manhood on the upright.