“A coach like Gavin needs to be given space so that he can do his job properly,” said Mpengesi, according to inksport.co.za. 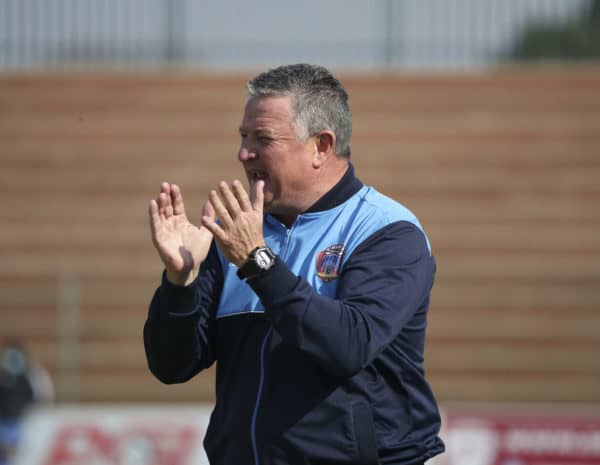 Gavin Hunt has been given control of which players to sign, insists Chippa Mpengesi. Picture: Gavin Barker/BackpagePix.

Chippa United chairman Siviwe “Chippa” Mpengesi is a changed man. The club owner has, over the years, built a bad reputation of lacking patience with coaches. But he has decided to do things differently this season.

ALSO READ: Pirates to send two midfielders out on loan

This is why he has given Hunt the leeway to do things the same way he did at SuperSport United and Bidvest Wits where he was the most successful as a coach.

“A coach like Gavin needs to be given space so that he can do his job properly,” Mpengesi said, as quoted by InkSport.co.za.

“The first thing he did was to get rid of players whose contracts had expired. He made it clear that he was not going to renew their contracts. In the past we signed players for coaches, we didn’t do that this time around.

“We gave Gavin a chance to choose the players he wanted in the team. He released players like Andile Mbenyane, Frederic Nsabiyumva, and Ayabulela Konqobe. We would have retained the players if it was up to us as management, but it’s Gavin’s choice.

“We are not coaches and cannot argue with him. It’s painful to let go of a player like Mbenyane, who’s been with us for many years. But Gavin made it clear that he’s got nothing personal against the players he released.”

Chippa got off to a good start in the DStv Premiership with a win over Sekhukhune United away at Makhulong Stadium in Tembisa on Saturday. Mpengesi was impressed.

“This is good. I was in Makhulong and I’m happy with the outcome of the match. I’m not surprised by this win considering how we prepared for this season,” Mpengesi said.

“We decided to do things differently this season. You can’t do the same thing every season and think you will get good results.

“Our coach has assembled a new team. I’m happy for him. Many people were shocked when he joined a team with problems after coaching a big team like Kaizer Chiefs.

“We decided to bring changes to the team. A coach of Gavin’s calibre comes with demands as he wants to do his job. We know what he did at Bidvest Wits and SuperSport United.”