'Everyone knows I got here a little bit unfit. I haven’t been at the same standard as the rest of the team,' said Dolly. 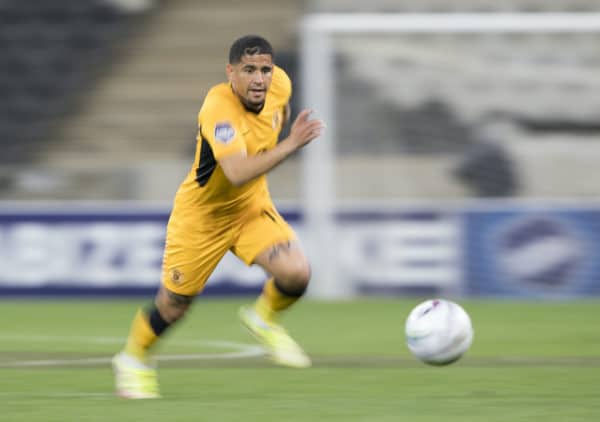 Keagan Dolly is back in shape and ready to fire for Kaizer Chiefs. Picture: Dirk Kotze/BackpagePix.

Kaizer Chiefs’ marquee signing this transfer window, Keagan Dolly, has admitted that he was not in the best shape when he joined the side. Dolly signed with Amakhosi a little over three weeks ago and the first impression was that he looked a little overweight.

Dolly says he has worked really hard to get into shape and his coach Stuart Baxter also revealed that the former Bafana Bafana star was closer to getting to start games now.

It could even be that Dolly gets to start today as Chiefs take on Baroka FC in their first home game of the season at FNB Stadium.

“He is very close, I would say very close. .. Keagan has moved (forward) … when he signed he had had a long period of inactivity. So, both his sharpness, his touch, and his endurance were lacking. He has worked really hard. He is a great lad to have around the place,” said Baxter.

Dolly has made cameo appearances in both Chiefs’ games against Mamelodi Sundowns in the MTN8 and against TS Galaxy in the DStv Premiership.

“When he has gone on in both our games … he’s done really well for the time he’s been there. You’ll understand that the temptation is there for me to throw him in but that’d be risking a hamstring or a soft tissue injury if we do that.

“I’m battling a little bit with myself in that I don’t want to throw him in too soon but at the same time you see his quality when he comes on and it gets tempting,” added Baxter.

Dolly said he’d been working hard on catching up with his new teammates in terms of fitness since he joined the Naturena based side.

“Everyone knows I got here a little bit unfit. I haven’t been at the same standard as the rest of the team. They’ve been playing in the Caf Champions League. They’ve been active and for me it was a bit difficult because I was out for three months and now trying to get back.

“But once I got to Kaizer Chiefs, from the first day, from the first training session with the guys, I felt at home. That motivated me to get on the same page as everyone else as soon as possible.

“I could see how the team is evolving and I wanted to be part of the process. I think missing out on the Carling Cup – and seeing how well the team performed and how the guys played – made me want to join the team. I kept on working hard with the fitness trainers, kept on working hard on my own.”