Tau is set to join the Egyptian giants from English Premier League side Brighton. 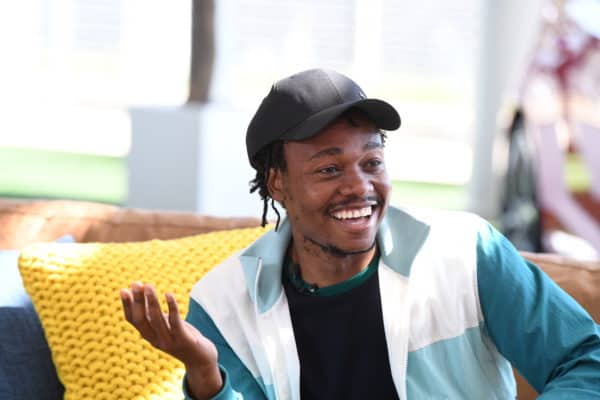 Percy Tau is on the verge of being announced by Al Ahly as their new player. Picture: Lefty Shivambu/Gallo Images.

Percy Tau’s announcement as a new signing for Pitso Mosimane’s Al Ahly is imminent, after a video emerged of him in Cairo in the colours of the Red Devils, posing for the cameras.

Rumours of Tau’s move to Ahly have been escalating for a while now, and Bafana Bafana coach Hugo Broos basically broke the news this week, when he told the SABC that they had told Brighton and Hove Albion that they wanted Tau for the World Cup qualifiers against Zimbabwe and Ghana in September, only to be told he was no longer Brighton’s player.

Tau joined English Premier League side Brighton in July 2018, but was immediately sent on loan to Belgian second-tier side Union St Gilloise, with work permit regulations at the time making it near-impossible for him to play in England.

He was named player-of-the-season in the Belgian second-tier, and the following season secured a loan move to Club Brugge, who he represented in the Uefa Champions League, in another fine season. Tau then joined Anderlecht on loan for the 2020/21 campaign, but was recalled by Brighton in January, as work permit regulations changed following Britain’s exit from the European Union.

Tau made his debut for Brighton in the FA Cup, and started an English Premier League game against Manchester City, but his game time was limited, and that did not look likely to change in the new campaign, even though he set the pulses racing with this fantastic goal in pre-season.

Mosimane was the man who helped transform Tau into a top class player, when he was head coach at Mamelodi Sundowns, and will be delighted to work with the 27 year-old again in Cairo.

The move should also ensure that Tau gets far more gametime this season, which will also please Bafana coach Broos, who had previously backed a move for Tau away from Brighton.

Ahly will hope Tau can help them get back the Egyptian Premier League title they recently lost to Zamalek, as well as assist them in winning a third successive Caf Champions League, and in performing well in the Fifa Club World Cup towards the end of the year.