“We are trying to keep a positive spirit in the team... Trying To be positive at all times,” said Makhaula. 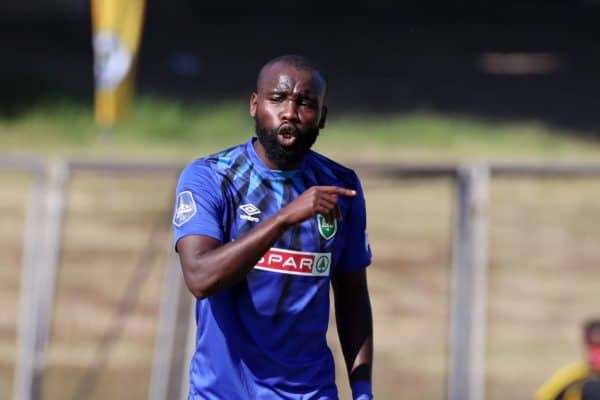 AmaZulu FC captain Makhehleni Makhaula has admitted that the Durban side has struggled to get into gear in the new season.

A lot was expected of AmaZulu this season following their almost magical run that saw them finish in second place in the DStv Premiership last season.

Their finish ensured that the side qualifies for Caf Champions League football. But they have had a disastrous start to the new term with a defeat to Mamelodi Sundowns and a draw with Swallows FC in the Premiership.

Their problematic start was compounded last weekend when they were surprisingly beaten by lowly Malawian side, Nyasa Big Bullets in the Champions League preliminary round match.

But Makhaula believes all it will take for AmaZulu to turn things around is a win which he is almost sure they can score against SuperSport United in a league game on Tuesday afternoon.

“We are trying to keep a positive spirit in the team… Trying To be positive at all times,” said Makhaula on Monday afternoon. “Things have not gone our way in our first few games. But we are hopeful that things can turn around.

“We just need that one win to kickstart us. And it has eluded us. But we know we are close to getting one and from there we can get back to a positive run. For now is to try to get things right, do the basics right and not overthink or overdo things and put ourselves under pressure,” said the Randfontein-born midfield strongman. .

“We know our capabilities and just need to start winning and that should start tomorrow (Tuesday). The positives are that we are playing well and creating chances. The downside is that we have to try and minimize conceding which was our strong point last season. If we can go on a string of clean sheets and give the guys up front the confidence they need so that we get goals. Even if we get one goal and ensure that we don’t concede.

“But it’s a balancing act… we need to play well, we need to do the right things, we need to take the chances when we get them and we need to minimise chances against us and make sure teams don’t score against us.”