Injury blow for Chiefs as Nurkovic goes under the knife

'I have had this injury niggling me for a while now' said the Chiefs striker. 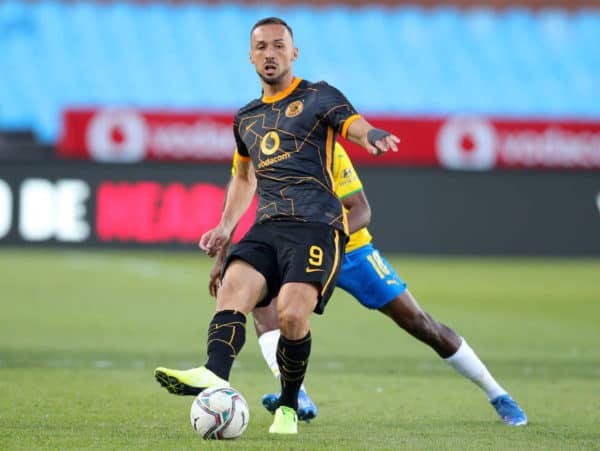 Samir Nurkovic is out with a knee injury and has to have an operation. Picture: Samuel Shivambu/BackpagePix.

Kaizer Chiefs striker Samir Nurkovic is having an operation to repair the meniscus in his right knee, the club announced on Sunday, and is set to be out of action for some time.

The news comes as a blow to Stuart Baxter ahead of Sunday’s DStv Premiership meeting with Marumo Gallants, though the Serbian had yet to score this season.

“I have had this injury niggling me for a while now – the medical team felt it was best to get the operation done. Further assessments will be done after the operation. The medical team will give me a timeline on the recovery process after that,” Nurkovic told the Chiefs website.

For the clash against Gallants, Chiefs will also be without midfielder Phathushedzo Nange, out for a couple of weeks with a thigh injury, and winger Kgaogelo Sekgota, who picked up an ankle injury in Chiefs’ 4-1 thumping by Royal AM in their last league match.

The absence of Sekgota and Nurkovic, along with long-term injury casualties Leonardo Castro and Dumisani Zuma, does do serious damage to Amakhosi’s attacking options.

Baxter does at least now have Lebo Manyama back from injury and he looks certain to start against Gallants, while Bernard Parker could also get a chance, which would certainly provide Chiefs with an experienced attack, even if it is also one that could be said to be past its best.