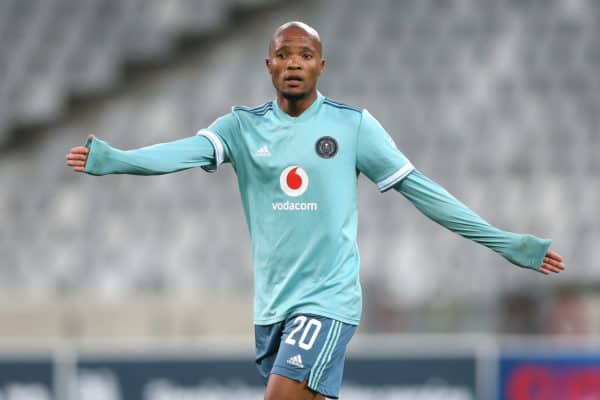 Goodman Mosele did not turn up for Bafana duty. Picture: Shaun Roy/BackpagePix

South Africa will play Ethiopia in Addis Ababa on October 9 and in Johannesburg three days later, hoping to build on the four points they have already obtained in Group G. Mosele, however, will play no part and has been replaced in the squad by SuperSport United’s Jesse Donn.

“Sadly Goodman has absconded, we have tried reaching him to no avail and this is extremely disappointing. We are very happy that Jesse Donn has heeded the call and reported for duty almost immediately,” said Bafana Bafana head coach Hugo Broos, who will also be missing the injured Mamelodi Sundowns defender Mosa Lebusa.

SuperSport defender Luke Fleurs Lebusa, who was not a part of the Sundowns squad that won 3-0 against Swallows FC this weekend and who also missed the September qualifiers against Zimbabwe and Ghana through injury.

The 21 year-old Fleurs played in all three of South Africa’s group games at the Tokyo Olympics in late July.

“This is unfortunate. Lebusa was assessed on the first day (Sunday) of camp and he has been nursing an injury which he had hoped would heal prior to reporting for national duty,” said Bafana team doctor Tshepo Molobi.

“The nature of his injury is that of a right quad strain and we would rather not risk further injury, hence he has been released from camp, back into the care of his club, Mamelodi Sundowns. We are taking the safer approach as we do not want to see Mosa being sidelined for longer than is necessary with this type of injury.”

Donn, 22, has become a key member of the SuperSport United midfield this season, playing in all six of their DStv Premiership matches thus far, with Kaitano Tembo’s side currently undefeated.