'Coach Truter has now returned from leave and will be in charge of the team from now on,' said club chairman Mogashoa 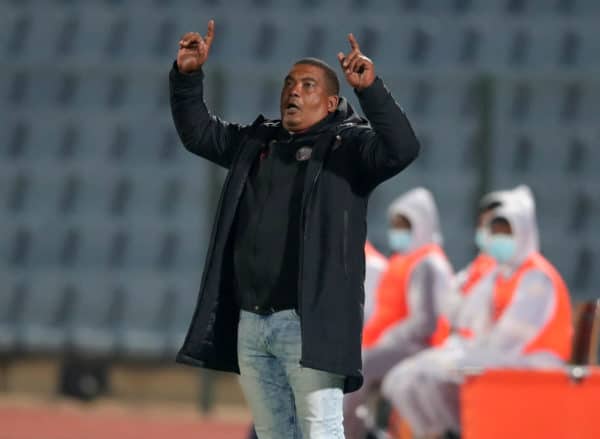 Swallows FC have reinstated Brandon Truter as head coach of the side. Picture: Samuel Shivambu/BackpagePix

Brandon Truter has returned from his special leave and has taken charge at Swallows FC. Truter was given time off after the club’s indifferent start to the new DStv Premiership campaign that saw the team go a number of games without a win.

The club says the leave was mutually agreed upon by both parties and Truter’s assistant Simo Dladla was installed as interim coach. But the situation went from bad to worse with the team failing to score in the three games and conceding seven goals.

On Tuesday morning David Mogashoa announced Truter’s return to the club, but didn’t rule out a possibility of further technical team changes should things not change soon.

“Late yesterday afternoon, the management of the club held an emergency meeting with coach Brandon Truter. This followed his two weeks (or three matches) leave.

“Swallows FC wants to reiterate that the leave was mutually upon following unsatisfactory developments within the team. It’s common knowledge that assistant coach Simo Dladla was mandated to carry the mandate of running the team.

“Coach Truter has now returned from leave and will be in charge of the team from now on,” read the statement from Mogashoa.

“We would like to wish him and the team well. Assistant coach Dladla will continue in his role while performance analyst Kamal Sait will remain suspended pending the outcome of his disciplinary hearing.

“The board of the club is not happy with the current performance of the team and it can’t rule out drastic changes if the situation persists.”