The Serbian striker underwent an operation on his injured knee last week. 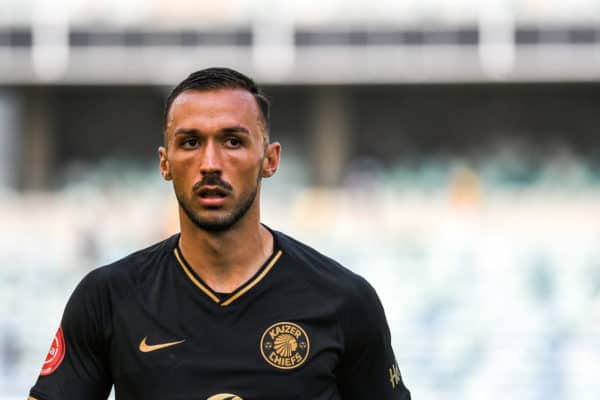 Kaizer Chiefs have provided an update on the knee operation undertaken by striker Samir Nurkovic.

ALSO READ: Swallows considering asking for Ngcobo back from Chiefs

The Serbian striker underwent an operation on his injured knee last week.

Chiefs’ head physiotherapist David Milner has now confirmed that Nurkovic could be out “between six to eight weeks”.

“Samir had surgery last week. They found a little tear in the cartilage of the right knee. The surgeon says he could be out between 6 to 8 weeks,” Milner told the Chiefs website.

“They smoothed out the cartilage. Overall the operation was a success and in a week’s time he will be reassessed by the surgeon. We will have a clearer idea as to what is going on and plan the recovery process. We believe the timeline provided is one we can work with for now,” said Milner.

Nurkovic, who is resting and recuperating after his surgery at the Rosebank clinic in Johannesburg., said he was getting better even though he was still experiencing pain on his knee.

“All is well. It has been just a week since surgery. I am still moving around with crutches, it’s still painful, I am getting better, and hopefully soon we can start the rehab ” said Nurković.

Meanwhile, Chiefs revealed that Nurkovic will visit the surgeon again on 11 October “and further information will be given out about his post-surgery recovery after that appointment”.

As it stands, Nurkovic is expected to be back at training in the new year.