Broos reveals why he hauled off Pirates’ Mabasa

'I don't really think he understood what we asked,' said the Bafana head coach. 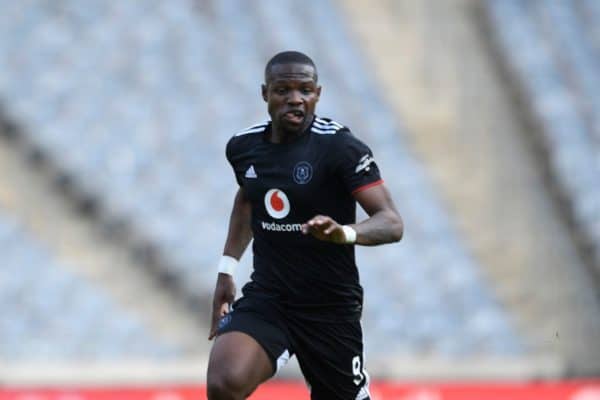 Hugo Broos has explained why he took off Orlando Pirates striker Tshegofatso Mabasa just 35 minutes into his Bafana Bafana debut in the 3-1 Fifa World Cup qualifying Group G win over Ethiopia in Bahir Dar on Saturday.

Mabasa did appear to pick up a slight knock early in the match, but the Bafana head coach showed his ruthless streak as he explained that he took off the 25 year-old because he didn’t seem to understand Bafana’s tactics.

Victor Letsoalo came on in Mabasa’s place and South Africa went on to pull of a vital Group G qualifying win, that keeps the a point clear of Ghana on top of the group. Only the group winners will make it into the final qualifying round for the World Cup finals in Qatar at the end of next year.

“I know it is a bit disappointing for Tshegofatso, but he had difficulties, and for us it was better that we changed. I explained why, we trained on it this week, but I don’t really think he understood what we asked and therefore we had to change it,” said Broos.

Bafana also had to deal with a blow in the warm up before the game as another Pirates attacker, Vincent Pule, got injured, and had to be replaced in the starting line-up by Sundowns’ Thabiso Kutumela.

“It is always a bad thing to just before kick off to have to change a player because he is injured,” said Broos.

“Also for the team because everyone is concentrated (on the match) but when someone was injured I was afraid. (But) I think Kutumela did well, with ten others (in the starting line-up) who fought for each other.”

Bafana arrived back in South Africa early on Sunday morning and will now face Ethiopia again on Tuesday at FNB Stadium.