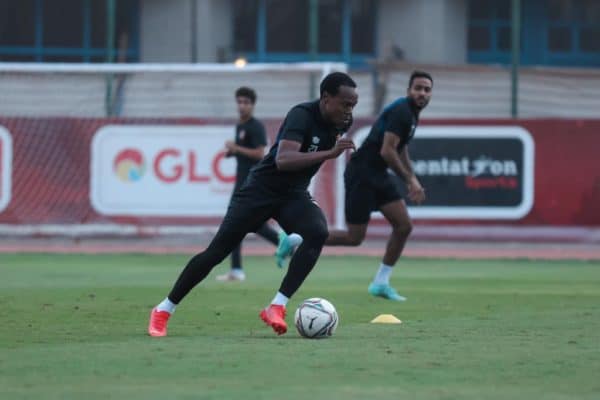 Percy Tau has failed to make the cut for Al Ahly's squad for the Caf CHampions League opener against USGN of Niger. (Pic Twitter/Al Ahly)

Meanwhile, Mosimane has expressed his excitement ahead of the start of their opener, saying he was looking forward to the challenge of trying to win the Caf Champions League for the third time in a row., confirming his stay with the Reds.

Mosimane has won the continental competition twice since joining the Red Devils in September last year.

“I am very excited that our journey towards achieving the 3rd Caf Champions League title in a row starts on Saturday in Niger,” Mosimane tweeted on Thursday.

“We are focused on the prize ahead and ready to once again conquer the Caf Champions League tournament.”

The first-leg is set to take place in Niger on Saturday, with the teams facing each other once again in Cairo a week later.