'We are soldiers we will hang on and keep on digging and we will get it right,' said the Chiefs striker. 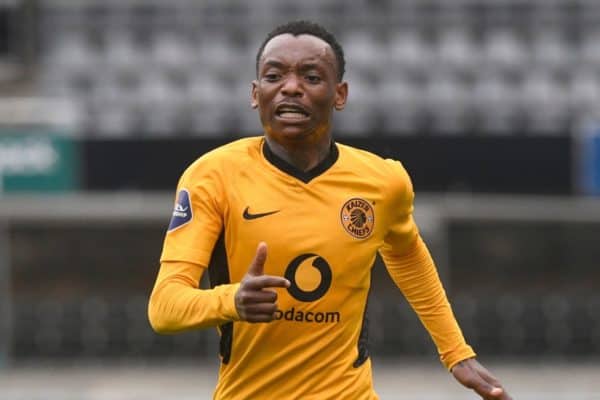 Khama Billiat believes Kaizer Chiefs are making progress under Stuart Baxter, even though a poor start to the season has seen Amakhosi win just one of seven games in all competitions.

On Saturday, Amakhosi come up against Chippa United and their former coach Gavin Hunt at FNB Stadium. Hunt was sacked by Chiefs at the tail end of last season, after a horrendous campaign in the DStv Premiership saw Chiefs still in slight danger of relegation with two games left to play.

Chiefs sneaked into the top eight in the end, and with the transfer ban lifted, and a raft of new signings brought in, they were expected to perform better this season, particularly with Baxter, the last man to win Chiefs a league title, back in charge.

Instead, the only victory Chiefs have managed was a 2-1 win over Baroka on August 25.

Billiat, however, does see green shoots of progress with Baxter at the helm.

“It is not the way we wanted to start. We have started working on things but unfortunately we haven’t been able to get maximum points,” said Billiat, one Chiefs’ strikers that remains fit, with long-term injuries sidelining Samir Nurkovic and Leonardo Castro, while Lebo Manyama has also broken down again in training.

“We have been able to keep the ball a bit longer and find each other more on the pitch. We need to step us as strikers and give the team a bit more, to score goals and put the team in a comfortable sitiation in the team. It is not easy to play at one goal down or at 0-0 but if we can score we can give the team confidence.

“We are a work in progress, but we are feeling good, we are soldiers, we will hang on and keep on digging and we will get it right.”