Tembo sweltering over Mbule ahead of crunch Chiefs battle

'He is ready and he is available for selection,' said the Matsatsantsa head coach. 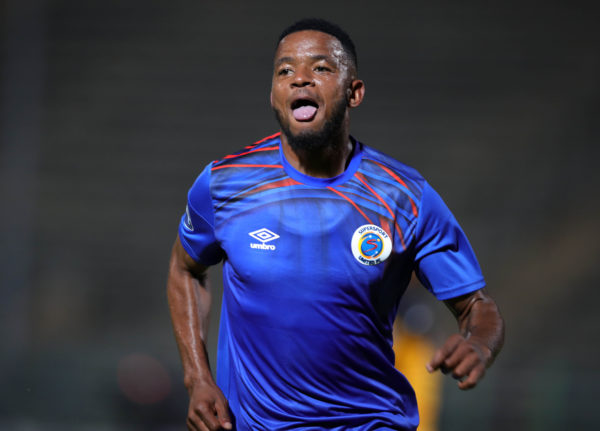 One of the biggest concerns at SuperSport United right now is the fitness level of their star-player, Sipho Mbule, who just returned from injury and gives coach Kaitano Tembo a headache in deciding whether to start him in their crunch DStv Premiership tie against Kaizer Chiefs on Sunday.

ALSO READ: Lorch and Lepasa back, set to return in time for Soweto derby?

Mbule has been out for some time but made his return in a win over Chippa United in the last outing, coming off the bench for a cameo appearance. Tembo knows that he will need all to have full ammunition to fire past Amakhosi if he is to maintain United’s unbeaten run in the past seven games.

“Sipho is coming alright although he is not really match-fit in terms of where we want him to be so we are trying to build his game time and try to manage him because he has been out for some time now but he is ready and he is available for selection,” said Tembo.

The strongest pillar holding up Matsatsantsa A Pitori’s early success has been their backline, having kept five clean sheets and conceded just two goals, but Tembo, in the most modest of tones, is turning a blind eye to that, saying what matters the most is how his team plays on the day.

“There is no pressure because we are not looking at our unbeaten run, it’s not important, what’s important is the next game and we always prepare for any team in the same way. All we want to do is give our best on the day and what is important is the performance because if you go out there and do well, the results will take care of themselves,” said the United mentor, who will be going up against his former colleague in Stuart Baxter.

The Chiefs mentor was in charge of United for about a year and Tembo was his right-hand man, which gives him even more reasons why he has to leave no stone unturned when preparing for the Glamour Boys.

“Stuart has played a huge role in my career as a coach and he gave me an opportunity to see the game in a different way and he trusted me. I remember at some point I took the team to TP Mazembe and he was not feeling well and he said ‘this is an opportunity for you to create your own personality as a coach and if you do well, that’s your success and if you don’t do well, I will take the blame’.

“He is a coach who comes up with new ideas and I think it is just a matter of time before Chiefs can start playing the way he wants them to play and that is why I know that this won’t be an easy game.”

'I don't look at the table', says Rama as he urges Chiefs not to agonize over the log
19 hours ago
19 hours ago

'I don't look at the table', says Rama as he urges Chiefs not to agonize over the log
19 hours ago
19 hours ago