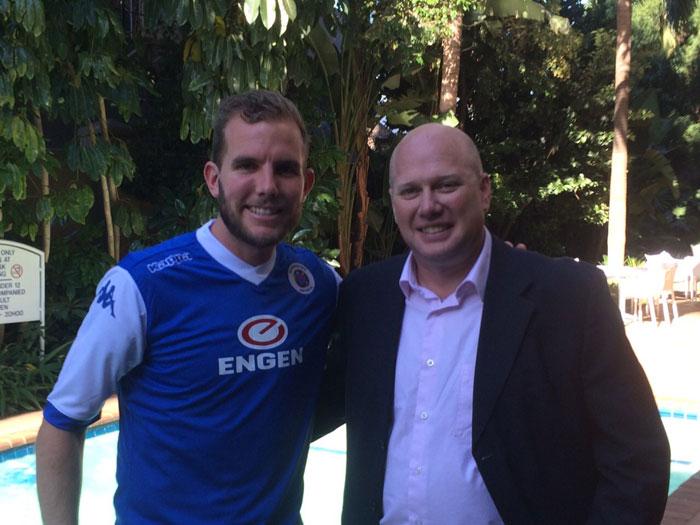 The 27 year old Brockie, who was part of the New Zealand team that participated in the 2009 Confederations Cup and then again with the World Cup squad in 2010, has plied his trade in the Australian A League and scored 21 goals in 50 league appearances for Wellington Phoenix, the only New Zealand team involved in the A League.

“I am excited to be here and looking forward to the challenge of playing football in South Africa, I have great memories of the country from the Confed and World Cups,” said Brockie

“I had a great time with The Phoenix, but I wanted a new challenge, it will be a tough challenge, but I’m up for it!”

SuperSport United Head Coach, Gordon Igesund, said, “I am really excited to be bringing a player like Jeremy Brockie to SuperSport United, we have been following him for a long time, I saw him play against Bafana Bafana, when we toured there, and I am looking forward to seeing the qualities he has shown playing in the A League and for New Zealand, in SuperSport colours”.