'He is one of the coaches who I believe should be in line to coach Bafana Bafana in future,' raved the Brazillians co-coach. 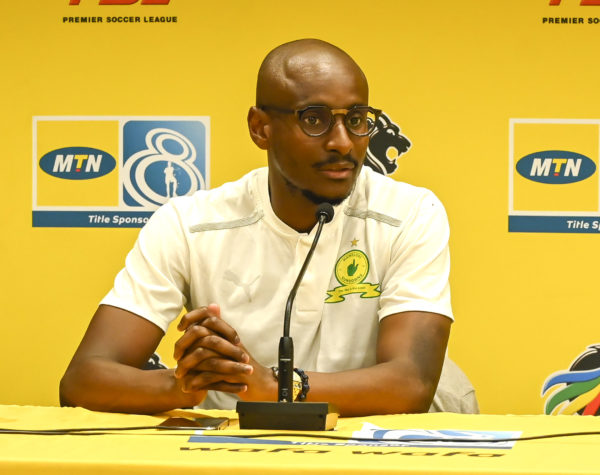 If ever there is a time to exchange pleasantries and sweet talk with each other ahead of a cup final, it definitely has to be a few days before match-day because once the man in the middle blows his whistle to signal kick-off, the gloves go off and teams exchange blows in a contest for the big prize.

The grand prize is the MTN8 trophy that will see Mamelodi Sundowns and Cape Town City battling at the Moses Mabhida Stadium this Saturday. You could easily confuse Downs co-head coach, Rhulani Mokwena’s sentiments for a love letter penned by legendary writer William Shakespeare as he speaks glowingly about his opposite number, Eric Tinkler.

Mowkena says Tinkler is one of the few coaches he admires in the top-flight, and sees enough potential in him to end up coaching Bafana Bafana at some point.

“I have huge respect for him, he is always warm and cordial in our interactions, he has shown over the years even as an assistant coach to Roger De Sa at Bidvest Wits that he has a huge understanding of the game,” said Mokwena.

“All of the teams that he has been head coach, there has been a clear playing profile. He has huge experience as a coach and a football player, he is very detailed in regards to his preparations and he is a huge admirer of analysis and the modern use of sports science. Players speak glowingly about Eric’s player management and he is one of the coaches who I believe should be in line to coach Bafana Bafana in the future,” he adds.

Tinkler has some cup final experience in his belt, having won the title with SuperSport United in 2017, while on the contrary, this will be Mokwena’s maiden cup final as a head coach. While he may be inexperienced at this level, he banks on the experience of his partner, Manqoba Mngqithi, whose 2009 Golden Arrows side won the trophy with a record 6-0 against Ajax Cape Town.

“The good thing is that we have the experience that Manqoba and Steve have in cup finals as head coaches together with the experience of players, so we are blessed in that space because they have played games of consequence and they know how important it is for us to put this one to bed,” said Mokwena.