No man is an island at Sundowns – Mokwena

Mokwena wants to debunk the perception that certain players are more important than others at Sundowns. 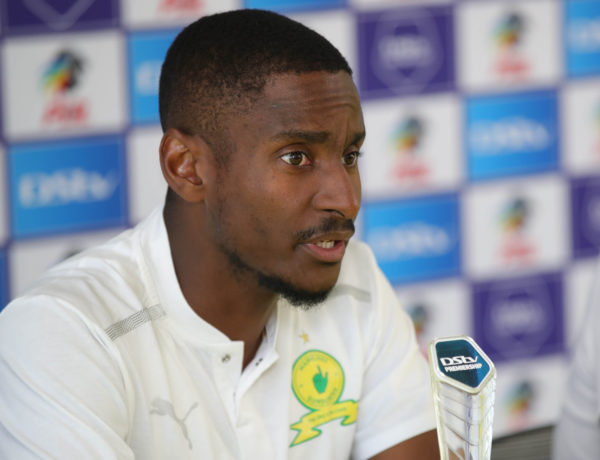 You cannot be blame people for saying players like Peter Shalulile, Themba Zwane, Andile Jali, are the most influential players in Mamelodi Sundowns’ 36-man squad, but their coach, Rulani Mokwena wants to debunk that perception.

Mokwena leans towards the rhetoric that all of his players are equally important.

“It is a complete team performance. No man is an island at Sundowns, no one is more important than the other because the team is not a club that is established on the principles of Animal Farm,” said Mokwena.

“We are all just as important in giving our very best. At the end of the day, I hope we can give a lot of credit to this fantastic group of players because I don’t think we give them the due diligence in relation to the praise and appreciation, not just what they are doing for Sundowns but what they are doing for South African football,” he added.

Sundowns have been somewhat of an unstoppable and immovable force in the DStv Premiership this season where they are leading the log standings and have claimed the MTN8 title about a week ago.

Mokwena says most of the spade work – that has seen them going eight league games without letting in a goal – was mostly done towards the end of last season and carried over throughout pre-season, perhaps with the intention to claim all titles on offer this season.

“We want to create a team that is difficult to play against where people don’t enjoy playing against us. So far the players have taken that mandate and transformed it into performances. With all that said, we need good players to get good results and we have them. It is going to be a difficult season going forward, a lot of teams are getting better and there are teams,” said the Masandawana mentor.

He added: “Last season we set a lot of these principles that are coming to fruition now and we tried to tweak what we think would work and fortunately the players are adapting to that very well because we are seeing it on the pitch,”