Pirates are in the goals again as they smash Stellenbosch

The Buccaneers find some form in the Cape. 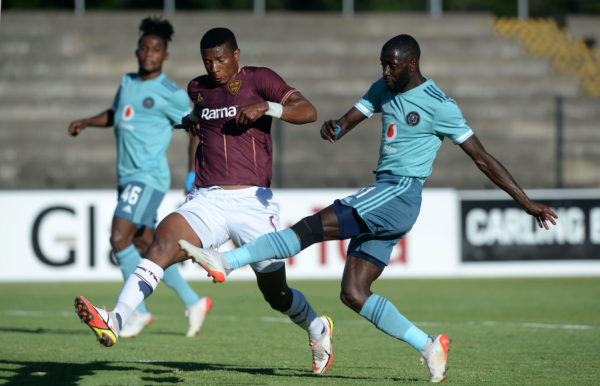 A determined performance by Orlando Pirates saw them get back to winning ways ahead of a continental trip as they thrashed a sloppy Stellenbosch FC 3-0 in a DStv Premiership clash at the Danie Craven Stadium on Wednesday evening.

Defensive glitches cost the Cape Town-based outfit and the Buccaneers took advantage with two goals in the first half and one in the second as they ended Stellies’ 11-game unbeaten run in the league.

The win was crucial for Pirates, who had previously been misfiring in front of goal.

Pirates took their points tally to 18 from 12 games. Stellies, meanwhile, lost another opportunity to close the gap between them and Premiership leaders Mamelodi Sundowns. Stever Barker’s Mother City-based side are in second place in the table with 21 points.

The first 10 minutes of the match saw the home side being presented chances for Ashley du Preez and Augustine Dimgba, but they couldn’t make them count.

However, it would be Pirates who would utilise their opportunities, after Collins Makgaka scored from close range from a Deon Hotto assist in the 20th minute to give the Buccaneers the lead.

A minute later, a defensive error by captain Alan Robertson saw Hotto extending the Buccaneers’ advantage. Eager to decrease the deficit, the Capetonians were unfortunately denied by Siyabonga Mpontshane, who made a good save to deny Junior Mendieta from a well taken free-kick.

Things went from bad to worse for Stellies, as Hotto registered his brace and a third goal for the Soweto giants early in the second half.

Nothing was working for Stellies on the day, as Mendieta hit the upright twice in the later stages of the game in search of a consolation goal. The home side were lucky not to have conceded a fourth goal, as Olisa Ndah found the back of the net, but the goal was disallowed.

Pirates will be hoping to take their winning momentum to Liberia, where they are set to take on LPRC Oilers in the first leg of the final round of Caf Confederation Cup group stage qualification.