'I am here today to tell you that I am leaving Orlando Pirates,' said Mama Joy Chauke. 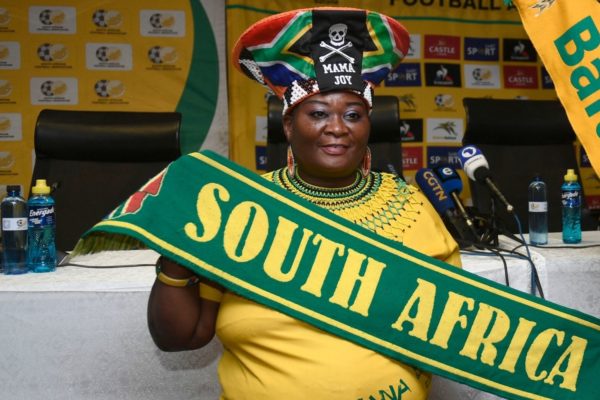 Mama Joy Chauke has pledged her allegiance to Royal AM.

By the time football fans are allowed back to the stadium in the DStv Premiership, Orlando Stadium will be quite different without the presence of super-fan Mama Joy Chauke, after she announced her departure from the club.

Transfer of coaches, players and administrators in football around the globe are something usual, but for a fan to switch their allegiance to their club isquite shocking, especially for a staunch supporter like Mama Joy, who, when she could, attended almost every Pirates game all over the country.

Her reasons in leaving the club, however, are not about the Buccaneer’s inconsistent results, but rather, support for a fellow woman, Royal’s owner Shauwn (MaMkhize) Mkhize, she claims. Royal AM bought out Bloemfontein Celtic to take their place this season in the DStv Premiership.

“Dear South Africans, I am here today to tell you that I am leaving Orlando Pirates, hard as it is, I am going to Royal AM. So, from today (Thursday), no Buccaneer but ‘Her Majesty’, I am Royal. I decided to join Royal AM to support MaMkhize. You know MaMkhize, do you remember the last time when she was in the GladAfrica Championship and she wanted to come to the PSL? On the last day, they said, ‘no, Sekhukhune have qualified and you are going to the play-offs’,” Mama-Joy told Newsroom Afrika.

“It was hard for me as a woman to see another woman suffer because you can see how she does things. MaMkhize loves football. It pained me to see her being hurt like that. At the end of the day, she managed to buy Bloemfontein Celtic. And I was surprised, and I said to myself, MaMkhize really wanted to play in the PSL, and she did exactly that.”