Ncikazi says the win was vital for the Buccaneers. 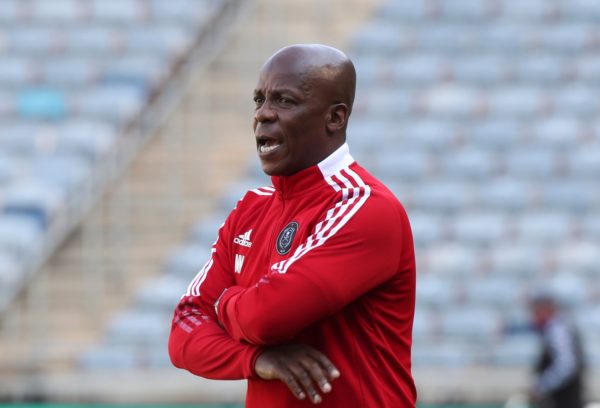 There was a sense of sigh of relief for Orlando Pirates caretaker co-coach Mandla Ncikazi, after his side got back to winning ways following a come from behind 2-1 victory over Marumo Gallants at the Orlando Stadium on Monday.

Ncikazi says the win was vital for the Buccaneers after their heavy 4-1 defeat to Mamelodi Sundowns prior to the Gallants clash.

“It was very important that we win today, it was from a catastrophic performance or result that we came from. After such a set-back, you always wait for the comeback. I am proud of the players, I am proud of the team that mentally that could overcome that challenge,” said the Bucs mentor.

“I was worried when we conceded early in the match. [It was] not the best of starts. But for them to come back and score the two goals, I am really proud.”

Nickazi added that in the second stanza, his team was not as sharp as they were in the first half, with his charges dropping a lot and their energy levels very down, but says it’s all because of the heavy schedule in the DStv Premiership.

“I was worried again in the second half, because the schedule told us now that the fatigue was catching up with us. We are playing every two days. I know every team is facing that, but you could see the energy was depleted in our team. I could see the players dropping back, we couldn’t press. We play a high energy game and then we had to resort into position two, drop a line a bit, but again we were not pressing.”

With the result, the Soweto giants jumped to second place on the league standings with 27 points after 18 games.

Next up for the Pirates is the final game of the year against AmaZulu FC on Thursday at home.